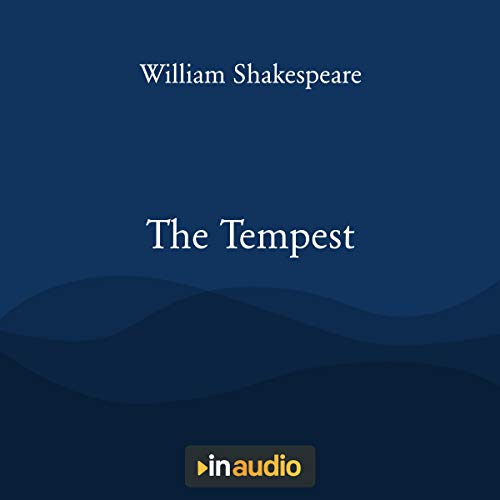 Experience this InAudio unabridged presentation of The Tempest by William Shakespeare.

The Tempest is a beautiful and sweeping drama by William Shakespeare and is one of the Bard’s last plays. With a role written as a farewell to the theater, this emotional drama is a beautiful testament to Shakespeare’s talents as a storyteller and writer.

The play centers around Prospero, a usurped ruler and powerful sorcerer who lives out his days on a remote island with few humans with whom to interact. Prospero seeks his revenge on his brother by causing his ship to wreck on his island, and the adventure of the play begins.

The story contains many of Shakespeare’s favorite tropes: magical and devilish spirits, a passionate and exciting romance, and a powerful look at the results of seeking justice and vengeance - all wrapped up in beautiful poetry, such as a soliloquy that doubles as Shakespeare’s ode to his own career.