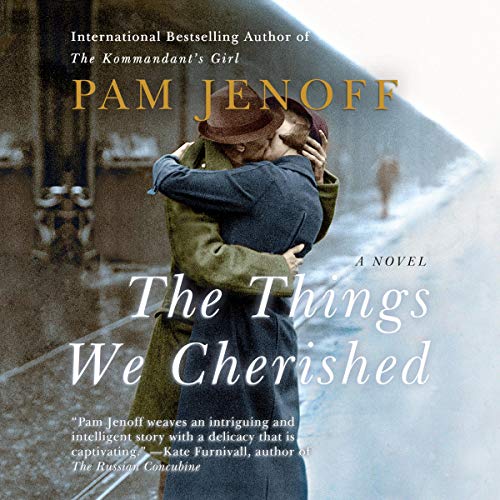 The Things We Cherished

An ambitious novel that spans decades and continents, The Things We Cherished tells the story of Charlotte Gold and Jack Harrington, two fiercely independent attorneys who find themselves slowly falling for one another while working to defend the brother of a Holocaust hero against allegations of World War II-era war crimes.

The defendant, wealthy financier Roger Dykmans, mysteriously refuses to help in his own defense, revealing only that proof of his innocence lies within an intricate timepiece last seen in Nazi Germany. As the narrative moves from Philadelphia to Germany, Poland, and Italy, we are given glimpses of the lives that the anniversary clock has touched over the past century and learn about the love affair that turned a brother into a traitor.

Rich in historical detail, Pam Jenoff’s astonishing new work is a testament to true love under the worst of circumstances.

You will anticipate the dialogue!

Contrived story, clueless female character, awful dialogue. When you are listening while riding your bike and can anticipate the dialogue, you might get strange stares by others on the trail as you outwardly groan!

Enjoyed the characters. Heart felt love of several couples in different generations Would have liked more about the 1960 story in east Berlin all in all I recommend this book. Learned a lot about European 20th

What could have been a good story was spoilt by a weak romantic subplot (Mills and Boon would have loved it) and a narrator trying too hard. Her “normal” voice grated on me already and then the supposed European accents were pretty awful. This would have been less bad if I’d been reading, not listening, of course.

Tolerated it to the end where the epilogue was so predictable I snorted out loud.

I should have sent it back, but was curious to see if the story at least could redeem itself. Lesson learnt: if you can’t stand the narrator, give up now.