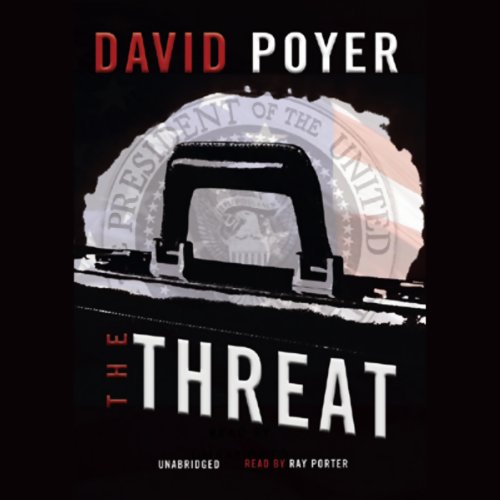 Assigned to White House duty, Navy commander Dan Lenson battles threats against the president and the nation in this gripping adventure.

Working with a team to analyze and defeat external threats to U.S. security, Dan must deal with a terrorist plot to smuggle in dirty-bomb material using the established drug-cartel methods. In the meantime, there's an internal threat from disgruntled military elements involving an attempt on the president's life using the "football": the mysterious suitcase that accompanies the president at all times, containing the codes and protocols to launch a nuclear strike. Only Dan can stop a plot that would engineer a coup against the president.

"Poyer's more interested in story and character than in slam-bang action, and that's a good thing because when the action does kick in, we care enough about the characters to follow them into danger. Recommended especially for fans of Robert Ludlum's political thrillers (although Poyer is a superior writer)." (Booklist)

What listeners say about The Threat

Dan Lenson is a naval officer hero, winner of the Congressional Medal of Honor, and main character in The Threat by David Poyer. Even though this is the 9th book in the series, this is first and only one I've found on Audible so I can only assume the others haven't been made into audio versions. The writing style is somewhat methodical, detailed and should appeal to military bufs. There's just enough action. I found this plot just a little bit off, with Lenson being put through a few too many hoops. And when he was put on the secret service detail for the President, that seemed somewhat farfetched. But, hey, it's fiction, and as fiction goes, it was entertaining enough to rate 4 stars. Reminded me a little of Vince Flynn novels.

A waste of time

An absolute waste of time. The author could not decide on a path for the main character. I could not figure out if he was going to be a drug enforcer, a terrorist specialist, or a Presidential assistant. The ridiculous dialogue of some type of conversation between plotters that reference a Zulu date time group before each part of the conversation was confusing and would only be understood by someone such as myself with a military communicaions background. I could not wait for this book to end. The only plus was the narrator who did a good job with poor material.

struggled, people who are never wrong are borring, just my opinion he did cover a lot of ground in a short time

The story travels all over the world with the complexities that is the American Presidency. It's fast & focused, giving an insight into power that runs world affairs like it deputizes for God on earth.