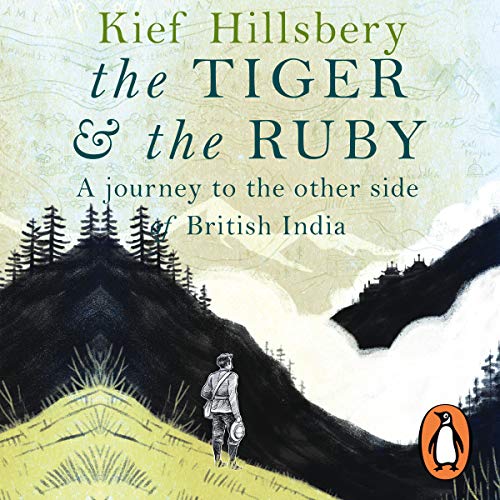 In 1841, Nigel Halleck left Britain as a clerk in the East India Company. He served in the colonial administration for eight years before leaving his post, eventually disappearing in the mountain kingdom of Nepal, never to be heard from again.

A century-and-a-half later, Kief Hillsbery, Nigel's nephew many times removed, sets out to unravel the mystery. Tracing his ancestor's journey across the subcontinent, his quest takes him from Lahore to Calcutta and finally to the palaces of Kathmandu. What emerges is an unexpected personal chapter in the history of the British Empire in India.

"There are travellers who can't write and writers who can't travel. Fortunately for his readers, Kief Hillsbery can do both. Part travelogue, part family memoir, The Tiger and the Ruby is a fine and moving tale, sensitively explored and beautifully written." (Justin Marozzi)

"Great details abound, both from historical accounts and from Hillsbery's own trips.... Marvellous insights into the British in India.... This has a narrative sweep reminiscent of Christopher Hibbert's social histories." (Booklist, starred review)

What listeners say about The Tiger and the Ruby