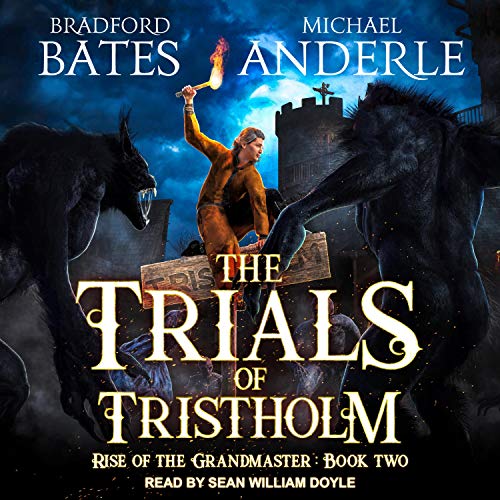 Tim's plan didn't include going toe to toe with one of the most powerful men in Promethia, but he had, and he won.

Instead of getting to live on easy street, Tim's victory only increased his reputation as a man who could solve problems.

This time those problems had teeth.

Thankfully Tim hit level 10, and once he settled on his upgraded class their newest adventure could began in earnest.

Life in The Etheric Coast wasn't exactly what he expected, it was better. With new adventures and epic loot on the horizon, Tim was never more excited to see where his next quest would take him.

It was time for Tim to start his next adventure, and there was only one way to attack the unknown. "LeeeeeRoyyyyyyy!"

What listeners say about The Trials of Tristholm

Lots of mental side quests but good enough

The only thing I can find at fault is the constant mental asides in the MCs head which sometimes makes it hard to follow the story. However, it’s still overall enjoyable.

blog on society ailments or litrpg

seriously get yourself a Blog. you're ruining and okay story. LOL better luck next time

the only real problem I have about this is the fights get over very quick.

a series of one liners

The first novel in this series was good. I felt a connection with characters and a sense of adventure. somehow this novel has lost that. I can't finish it