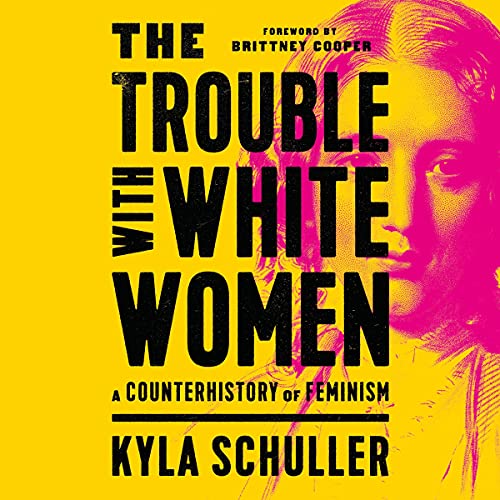 The Trouble with White Women

An incisive history of self-serving White feminists and the inspiring women who’ve continually defied them.

Women including Elizabeth Cady Stanton, Margaret Sanger, and Sheryl Sandberg are commonly celebrated as leaders of feminism. Yet they have fought for the few, not the many. As award-winning scholar Kyla Schuller argues, their White feminist politics dispossess the most marginalized to liberate themselves.

In The Trouble with White Women, Schuller brings to life the 200-year counter-history of Black, Indigenous, Latina, poor, queer, and trans women pushing back against White feminists and uniting to dismantle systemic injustice. These feminist heroes such as Frances Harper, Harriet Jacobs, and Pauli Murray have created an anti-racist feminism for all. But we don’t speak their names, and we don’t know their legacies. Unaware of these intersectional leaders, feminists have been led down the same dead-end alleys generation after generation, often working within the structures of racism, capitalism, homophobia, and transphobia rather than against them.

Building a more just feminist politics for today requires a reawakening, a return to the movement’s genuine vanguards and visionaries. Their compelling stories, campaigns, and conflicts reveal the true potential of feminist liberation. The Trouble with White Women gives feminists today the tools to fight for the flourishing of all.

What listeners say about The Trouble with White Women