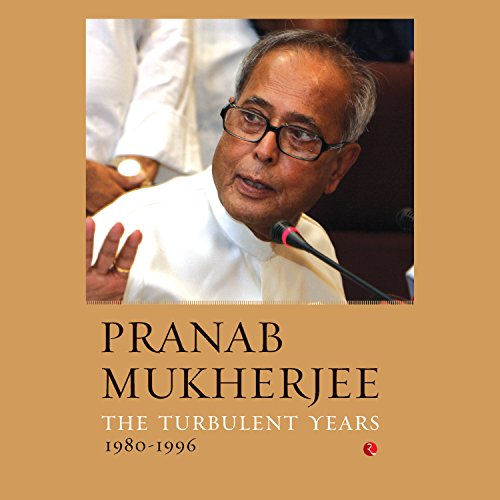 Pranab Mukherjee was witness to (and sometimes a participant in) the momentous events of the 1980s and the 1990s, a period that was indisputably the most turbulent in India's post-Independence history. An insider, he sheds new light on every major political occurrence of the time - from Rajiv Gandhi's ascendance as India's Prime Minister to the emergence of P. V. Narasimha Rao as the leader of a nation; from Operation Blue Star to the Babri Masjid fiasco.

Equally, Mukherjee is candid about each of the professional crises that marked this period of his career - the rumours that he wanted to elbow aside Rajiv Gandhi for the top post; the possible reasons for his ouster from Rajiv's Cabinet and, later, the party; and the allegation that he aided and abetted the Left by not imposing President's rule in West Bengal and Tripura in the late 1980s.The second volume of Mukherjee's autobiography is not only an honest account of his years in power (and in the wilderness) but also a cogent analysis of the political and social turning points of a key period in the evolution of modern India.

What listeners say about The Turbulent Years

Adulations to the Rajiv family did not who treated Mr. Mukherjee well, glancing over the anti-Sikh pogrom by the Congress, and filling the PV-era full of Mr. Mukherjee's filibuster make this book uninteresting.

Rendition by a non-Indian makes the narration alien. tolerated the book for the sake of buying it.

Recollection of the past

I liked the way in which the turbulent years were collated. Surprised to see many happenings behind the doors. Many thanks to our beloved Pranab Mukherjee for bringing all these memories and more importantly explaining the magnificent work done by Mr. P V Narasimha Rao. Thank you.