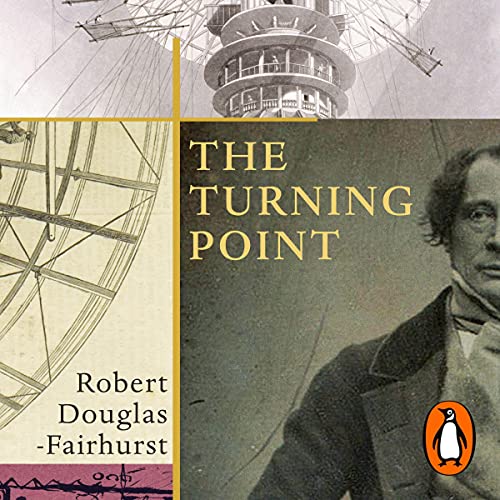 A major new biography of Charles Dickens, tracing the year that would transform his life and times.

By the award-winning author of Becoming Dickens and The Story of Alice.

The year is 1851. It's a time of radical change in Britain, when industrial miracles and artistic innovations rub shoulders with political unrest, poverty and disease. It's also a turbulent time in the private life of Charles Dickens, as he copes with a double bereavement and early signs that his marriage is falling apart. But this formative year will become perhaps the greatest turning point in Dickens' career, as he embraces his calling as a chronicler of ordinary people's lives and develops a new form of writing that will reveal just how interconnected the world is becoming.

The Turning Point transports us into the foggy streets of Dickens' London, closely following the twists and turns of a year that would come to define him and forever alter Britain's relationship with the world. Brimming with fascinating details about the larger-than-life man who wrote Bleak House, this is the closest look yet at one of the greatest literary personalities ever to have lived.

"It is hard to imagine a better book on Dickens." (New Statesman)

"A startling and exciting writer." (A. S. Byatt, Spectator)

What listeners say about The Turning Point