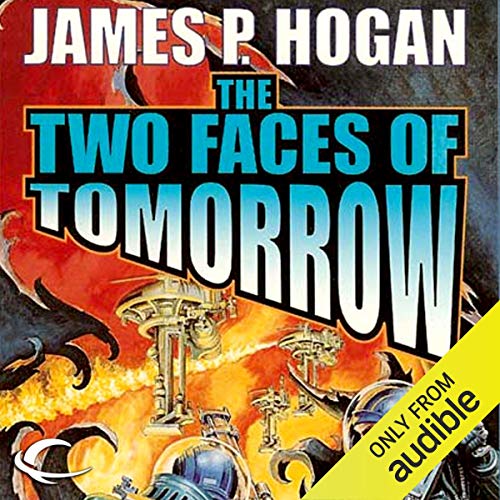 The Two Faces of Tomorrow

Midway through the 21st century, an integrated global computer network manages much of the world's affairs. A proposed major software upgrade - an artificial intelligence - will give the system an unprecedented degree of independent decision-making, but serious questions are raised in regard to how much control can safely be given to a non-human intelligence. In order to more fully assess the system, a new space-station habitat - a world in miniature - is developed for deployment of the fully operational system, named Spartacus.

This mini-world can then be "attacked" in a series of escalating tests to assess the system's responses and capabilities. If Spartacus gets out of hand, the system can be shut down and the station destroyed...unless Spartacus decides to take matters into its own hands and take the fight to Earth.

I read this while I was in college and enjoyed it. It was tremendous fun listening to it now. The delivery was a little staccato but not distractingly so. As with other works by Hogan you need to think about some plot points at times. I find those to be good break points when listening. Looking forward to more of his books coming out as audible books.

This narrator sometimes sounds like a computer. Ironic for a book about artificial intelligence.