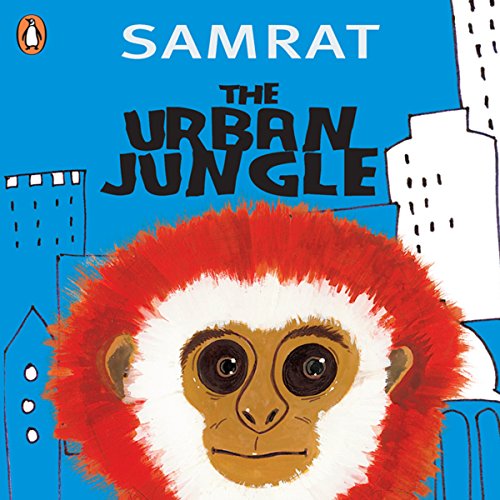 This, too, is a jungle. The rules I need to follow are those of teeth and claw! Jimmy moves from his home at the edge of the Seeonee forest to the big, bad capital where he learns to deal with complicated bus routes, unscrupulous property brokers and shady local goons. Along the way he makes a few good friends and volunteers his services as a translator for the Bandar-log when he realizes that, like his grandfather Mowgli, he can speak the language of the monkeys. But Jimmy's life is thrown off course when he is kidnapped by Shamsher Khan, an evil poacher and arms dealer. His friend Heera launches a rescue mission, together with her mentor Guru KA and Inspector A. Kala, while Grandpa Mowgli and the Bandar-log set out on a crosscountry chase that ends in a thrilling climax. The Urban Jungle is a witty contemporary interpretation of Kipling's original tale. With the flair and energy of a master storyteller, Samrat shows us that even in modern cities it is ultimately the law of the jungle that reigns supreme.

What does Vikas Adam bring to the story that you wouldn’t experience if you just read the book?

I searched for, and bought this book because of the narration of Vikas Adam. He is very talented, and now one of my favorites.

This book is a delight. Samrat is a very talented storyteller, and has woven some of the magic from the classic "The Jungle Book" into a modern day story. I enjoyed it very much.