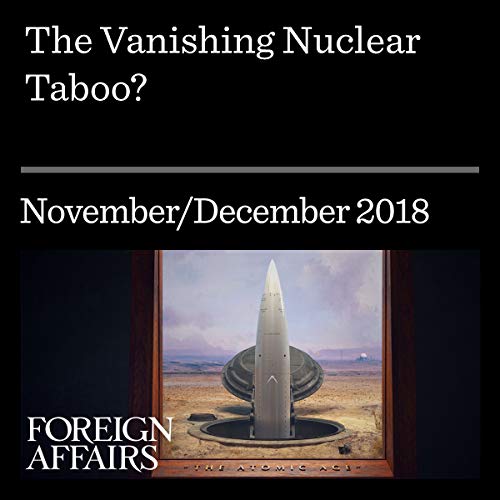 As geopolitical tensions rise and nuclear arsenals are expanded and modernized, decades of arms control agreements, security cooperation, and a growing consensus about the unacceptability of nuclear weapons are coming undone. One of the greatest security achievements of the 20th and early 21st century is thus unraveling.

"The Vanishing Nuclear Taboo?" is from the November/December 2018 issue of Foreign Affairs.