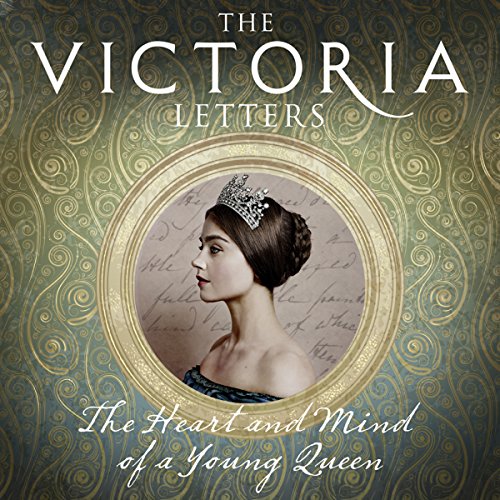 The official companion to ITV's hotly anticipated new drama, The Victoria Letters delves into the private writings of the young Queen Victoria, painting a vivid picture of the personal life of one of England's greatest monarchs.

From the producers of Poldark and Endeavour, ITV's Victoria follows the early years of the young Queen's reign, based closely on Victoria's own letters and journals. Now explore this extensive collection in greater depth, and discover who Victoria really was behind her upright public persona.

At only 18 years old, Victoria ascended the throne as a rebellious teenager and gradually grew to become one of the most memorable, unshakeable and powerful women in history. The extensive writings she left behind document this personal journey and show how she triumphed over scandal and corruption. Created by internationally best-selling author, historian of 12 books and Victoria historical consultant, Helen Rappaport, and including a foreword by Daisy Goodwin - acclaimed novelist and scriptwriter of the series - The Victoria Letters details the history behind the show.

Revealing Victoria's own thoughts about the love interests, family dramas and court scandals during her early reign, it also delves into the running of the royal household, the upstairs-downstairs relationships, and what it was like to live in Victorian England. Come behind the palace doors and discover the girl behind the Queen.

What listeners say about The Victoria Letters: The Official Companion to the ITV Victoria Series

Where does The Victoria Letters: The Official Companion to the ITV Victoria Series rank among all the audiobooks you’ve listened to so far?

It's hard to rank among all the books I've listened to, but I guess I would put it in the bottom 25%. Not because of the book itself but because of the choice made by the producers of the audio version to interrupt the book constantly to tell the reader who the actor/narrator is who is reading a line or two from some letter or journal. Very annoying. Very. It spoiled the listening a great deal. They should have put that information in a note at the end of the book.

It would have been better without all of those annoying interruptions. Without them, I would have actually enjoyed hearing the history. With them, I won't recommend the audio version to anyone.

I'm sure there already is a tag line for the BBC/ITV/PBS Victoria series that releases soon here in the states. I won't bother to make one up.

Love this book. History is my favorite genre. Watch the series that goes with this book and it is great to compare the book with the series. I love Queen Victoria letters.

Similar to the PBS series

I really enjoyed this book. Liked how it showed Victoria when she is young and her relationship with Albert.

Excellent addition to the TV series, it fills in a lot if knowledge gaps on why and how a few things happened. I hope a second volume comes out with the second series, as the additional information was fascinating and helpful.

If you love the series you'll enjoy this book

My only complaint is that it ended very abruptly
Otherwise there is some backstory to Victoria herself and even lots of little insight to how they make the series itself, which was very interesting

As a fan of the TV series and a bit obsessed with English royalty, history and stories, I thoroughly enjoyed this. We visited London last fall and spent time at Kensington Palace going through Victoria’s home and museum. This brings that all back to life along with remembering the series. Which I hope returns soon.

This book was quite good! I liked how the boom was laid out into different segments and chapters. I epically loved hearing the letters and pages from Queen Victoria's diary as well of other people from her life like Prince Albert, Lord M, and Uncle Leopold. Good and fascinating read!

Historical facts about the people & times in the series 'Victoria'

If you're interested in the accurate facts behind the series, then this is for you. The series is guilty of inserting and/or cutting out, circling around, inventing what takes place in the show for dramatic effect. What this compilation is, is based on actual facts, the background of the characters and the times they lived in when the series (mostly the first season) takes place. I enjoyed it, but did fall asleep a few times due to the ongoing same cadence of the narrator's voice.

I could see the series again. especially enjoyed the look behind the scenes with this approach.

Brought the series to life !

Great background information on the series with a wonderful narrator. will listen to it again

I found it very boring but is OK if you like to hear about peoples memoirs.

If you want more info on the TV series read this!!

i loved the TV series of Victoria and i have become very interested in all that she done. Queen victoria has become a real hero of mine lately and i highly admire her.
This book gives some more insight into what victoria as a person was really like and how they that haven victoria's own words and put her on screen.
The only bit i miss from getting this as an audio book rather than an actual book is that i miss out on the pictures of the behind the scenes
it is a little frustrating when they keep given the name of the person who reads a small passage from victoria or alberts life. It could have been left to the end really however it is a good listen if you are a fan of Victoria.

What a shame this could not have been longer. It was wonderful to listen to,and,all involved in narration were excellent.
At present I am half way through watching the television series,and,am not sure whether it is worthwhile,or,not. It was a pleasant listen,but a little lacking after listening to the full Audio of Lucy Worseley's audio on Queen Victoria.