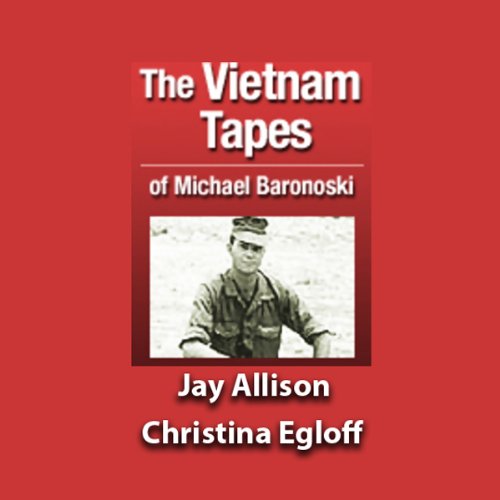 The Vietnam Tapes of Lance Corporal Michael A. Baronowski

In 1966, a young Marine took a reel-to-reel tape recorder with him into the Vietnam War. For two months, until he was killed in action, Michael Baronowski made tapes of his friends, of life in foxholes, of combat. And he sent those audio letters home to his family in Norristown, Pennsylvania. 34 years later, his comrade Tim Duffie brought those tapes to radio producer Jay Allison, as part of the Lost & Found Sound series.

This radio story originally aired on NPR's All Things Considered. It was produced by Christina Egloff with Jay Allison.

What listeners say about The Vietnam Tapes of Lance Corporal Michael A. Baronowski

I could have listened to hours of this. It is amazing that someone can keep their composure in the midst of battle. I would love to know how to hear more of his recordings if it is possible. if anyone knows where there are more of these to listen to please post it on Audible as I'm sure I am not the only one who is wanting more.