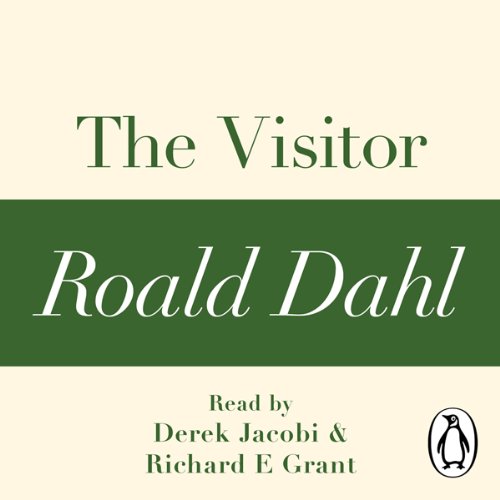 The unabridged, digital audiobook edition of "The Visitor", an amusing and chilling story from Roald Dahl, the master of the twist in the tale, read by actors Derek Jacobi and Richard E. Grant. In 'The Visitor', Roald Dahl, one of the world’s favourite authors, tells a funny, fruity story about one of his favourite characters, adventurer and seducer Oswald Hendryks Cornelius. Here, Uncle Oswald gets more than he bargained for in Arabia....

'The Visitor' is taken from the short story collection Switch Bitch, which includes three other black comedies which capture the ins and outs, highs and lows of sex (including another Uncle Oswald story, "Bitch"). This story is also available as a Penguin ebook.

Roald Dahl, the brilliant and worldwide acclaimed author of Charlie and the Chocolate Factory, James and the Giant Peach, Matilda, and many more classics for children, also wrote scores of short stories for adults. These delightfully disturbing tales have often been filmed and were most recently the inspiration for the West End play, Roald Dahl’s Twisted Tales by Jeremy Dyson. Roald Dahl’s stories continue to make listeners shiver today.

What listeners say about The Visitor

great for the family to listen to

What did you love best about The Visitor?

As he so often does, Roald Dahl puts a twist at the end of the tale

What does Derek Jacobi and Richard E. Grant bring to the story that you wouldn’t experience if you just read the book?

their voices add credibilty to the story line. Very dramatic