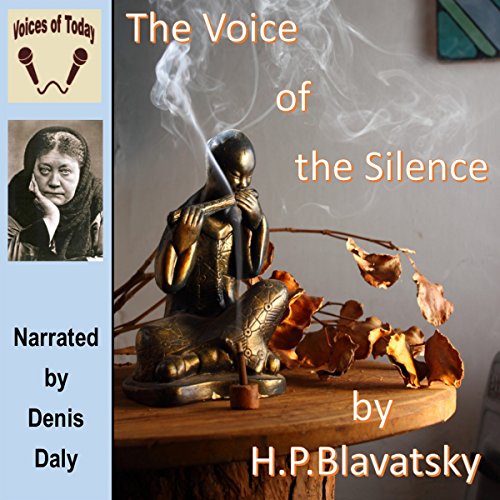 Helena Petrovna Blavatsky is best known as the cofounder of theosophy, which is essentially a selective conflation of Hindu and Buddhist ideas combined with Blavatsky's idiosyncratic system of cosmology.

The Voice of the Silence, first published in 1889, is described by the author as "chosen fragments from the Book of the Golden Precepts, for the daily use of disciples". While the legitimacy of the source document has been questioned by scholars, the celebrated Buddhist authority D. T. Suzuki stated that the book demonstrated a deep understanding of advanced Buddhist principles.

This book is a useful introduction to Blavatsky's system of philosophy and is much more accessible than her major works, The Secret Doctrine and Isis Unveiled.

What listeners say about The Voice of the Silence

This book is read by an elderly English chap that is mumbling. It’s too bad because I am really interested in the topic. I couldn’t get past about 20 minutes of it.

This is an awesome book that guides us on the path to finding our higher selves. What a gift to the world H.P..Blavasky was. Her Secret Doctrine changed my life.