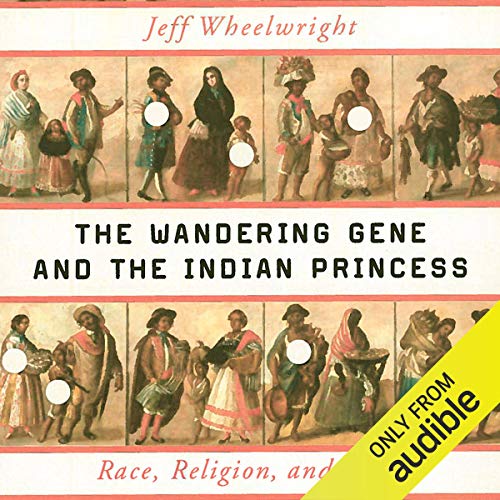 The Wandering Gene and the Indian Princess

A brilliant and emotionally resonant exploration of science and family history.

A vibrant young Hispano woman, Shonnie Medina, inherits a breast-cancer mutation known as BRCA1.185delAG. It is a genetic variant characteristic of Jews. The Medinas knew they were descended from Native Americans and Spanish Catholics, but they did not know that they had Jewish ancestry as well. The mutation most likely sprang from Sephardic Jews hounded by the Spanish Inquisition. The discovery of the gene leads to a fascinating investigation of cultural history and modern genetics by Dr. Harry Ostrer and other experts on the DNA of Jewish populations.

Set in the isolated San Luis Valley of Colorado, this beautiful and harrowing book tells of the Medina family’s 500-year passage from medieval Spain to the American Southwest and of their surprising conversion from Catholicism to the Jehovah’s Witnesses in the 1980s. Rejecting conventional therapies in her struggle against cancer, Shonnie Medina died in 1999. Her life embodies a story that could change the way we think about race and faith.

Jeff Wheelwright covers a lot of ground here - from the Hispano communities in NE New Mexico to Ashkenazi Jewish history - modern and ancient. He zeros in on the story of the life and death of Shonnie Medina and segues gracefully into larger story of the history of genetic testing and the rather bitter sounding debate among New Mexico's anthropologists about whether a form of covert Judaism was practiced there by settlers arrived from Mexico. And more.

If all of this sounds chaotic, it isn't. It's the skillful handing of the backstory a reader needs to understand how a 28 year-old Jehovah's Witness in New Mexico died from a mutation in the DNA of a Semitic woman about twenty-four hundred years ago, how the mutation traveled and what can (or can't) be done by and for those carrying it.

The book was fascinating. Recommend.

This is a fascinating journalistic account of how the deadly, and usually rare BRCA gene occurs among populations who don't know they have Jewish ancestry. The story is told unflinchingly, with numerous digressions into history, science, and religious belief that add dimension and context. It is also (unwittingly) a pretty chilling indictment of the poor quality of our science education in K-12, and the consequences that can have on insular or marginalized populations. Although the author attributes the failure of the young woman to seek any conventional treatment for her disease to stubbornness and religious conviction, the major underpinning is a lack of adequate science education. The narrator gets mixed reviews from me. While her voice was wonderful, her many mispronunciations of Spanish and Indian words and names was distracting. Overall, the book was well worth the credit!

Not really true about the people of the Valley

We are from this area and it's hard to believe what was said about the people who live there. Not everyone is ignorant as the family in this story.