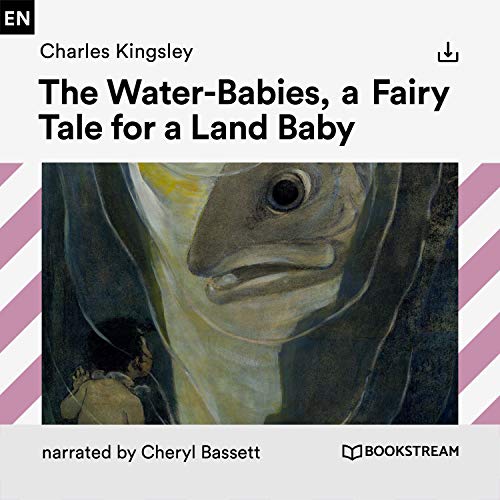 The Water-Babies. A Fairy Tale for a Land Baby

"The Water-Babies. A Fairy Tale for a Land Baby" is a children's novel by Charles Kingsley. Written in 1862-63 as a serial for Macmillan's Magazine, it was first published in its entirety in 1863. It was written as part satire in support of Charles Darwin's "The Origin of Species". The book was extremely popular in England, and was a mainstay of British children's literature for many decades, but eventually fell out of favour in part due to its prejudices (common at the time) against Irish, Jews, Catholics and Americans.

The protagonist is Tom, a young chimney sweep, who falls into a river after encountering an upper-class girl named Ellie and being chased out of her house. There he appears to drown and is transformed into a "water-baby", as he is told by a caddisfly - an insect that sheds its skin - and begins his moral education. The story is thematically concerned with Christian redemption, though Kingsley also uses the book to argue that England treats its poor badly, and to question child labour, among other themes.