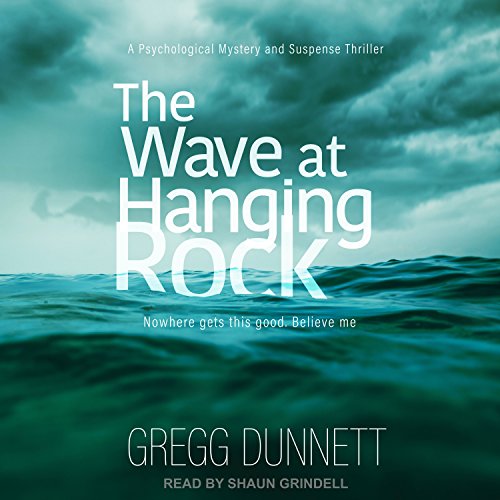 The Wave at Hanging Rock

What if the best friend you had growing up was a killer...and you never noticed?

Fourteen-year-old Jesse is shipped halfway round the world after the death of his father. He struggles to adapt to life on the Welsh Atlantic coast but eventually befriends John, a popular, charismatic, and outwardly charming boy. But as their friendship grows, a darker side to John emerges. Will Jesse notice before it's too late?

Newly qualified psychologist Natalie's life falls apart when her husband Jim is reported missing. Is it a tragic accident, or something more? A mysterious phone call sets Natalie on a path to discover the truth, but as she delves deeper her own demons come back to haunt her.

Get set for a thrilling ride as these stories crash together with a twist that's been described as mind-blowing, shocking, and unmissable.

What listeners say about The Wave at Hanging Rock

So far fetched, as to be comical

Where to start? Characters were 2 dimensional, completely bizzare plot with not an ounce of believability. Australian inflection was grating, especially in the non-Jesse narrated parts.

This talking book is let down a little by the flat tone of the narrator. Although the story helps make persevering with the narration worthwhile.

I have listened to about 50 audiobooks and this is the first time I’ve been tempted to stop reading because of the narrator. He puts emphasis on so many wrong words that it’s distracting and weird, and the accents are excruciating. It spoilt the experience for me. Otherwise it’s a good plot, but I recommend getting it on kindle or as a book.