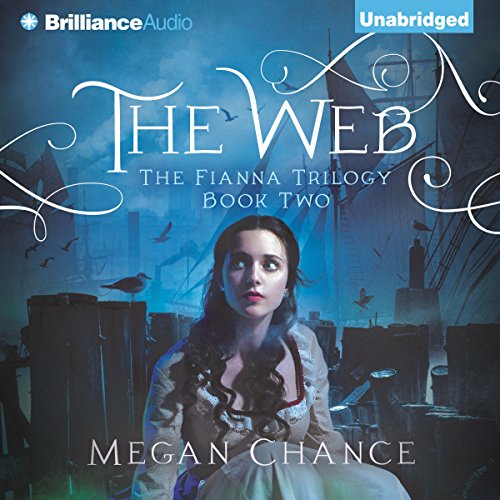 In Victorian New York, seventeen-year-old Grace Knox is tangled in the web of an ancient prophecy.

The Fianna, legendary Irish warriors, have been magically called from their undying sleep to aid Ireland in its rebellion against Britain. But the Fianna have awakened in New York alongside their bitter enemies, the Fomori. A prophecy demands that a Druid priestess - a veleda - must choose between these two sides. Grace is this veleda.

But being the veleda means she must sacrifice her power - and her life - to her choice. On one side are her fiancé, Patrick Devlin, and the Fomori. On the other are the Fianna - and the warrior Diarmid Ua Duibhne, with whom Grace shares an undeniable connection. Patrick has promised to find a way to save her life. In three months, at the ancient ritual, Diarmid must wield the knife that kills her.

Grace doesn't know whom to trust. As dark forces converge on the city, she struggles to discover the truth about her power. Can she change her own destiny? Can she escape the shadows of the past and reach for a future she could never have imagined?

Interesting story line. Fae, magic, good vs evil. This book has it all. Worth reading

great storyline can hardly put it down. can't wait

to start the next book. hopen there's more books in the series. The storyline is great.