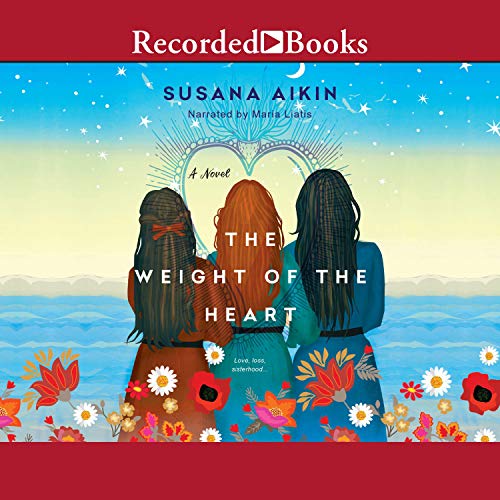 Set in contemporary Spain, Susana Aikin's latest novel is a colorful, beautifully written examination of memory, romance, and the intricacies of family duty.

On a sweltering August day in Madrid, Anna, Julia, and Marion return to their childhood home. The once grand mansion, furnished with exotic objects and art that reflected the cultures of their English father and Spanish mother, once bustled with visitors. But since their father's death, all three sisters have been reluctant to go back, still feeling the weight of his domineering influence. Julia believes that before the house can sell, it needs to be cleared of negative energy, and she has planned a limpieza, or cleaning ritual. Marion, the oldest, fears what the ceremony might unleash. Anna, the youngest and most capable and ambitious of the trio, is skeptical of the Cuban santeria hired by Julia. Still, she is wary of antagonizing her siblings or of stirring up old resentment. But as the ceremony progresses, guilt and recrimination become impossible to ignore. And if there's a chance of bringing their house and their lives out of the shadows, it rests in the sisterhood, strength, and indomitable love that remains when the ghosts of the past surrender at last.

What listeners say about The Weight of the Heart

No matter the form, healing is essential. . . . This book has you think outside the traditional box of healing from the dysfunction of families, work, romance and life. Thank you for your perspective!

This book was very well written. The imagery was very detailed and the nostalgic themes really struck me to my core. It made me long for my own childhood with my siblings.

This was a powerful story about a family from Madrid. Why would the publisher cast a voice that sounds like a YA American? Why not add authenticity by having a native Spanish speaker with a beautiful lilting accent?

The characters are raised in Barcelona by an English father and Spanish mother. The narrator has the voice of an American high school girl. Why is a young American narrating for a 33 year old European. Completely ruined the story for me. Couldn’t finish it.