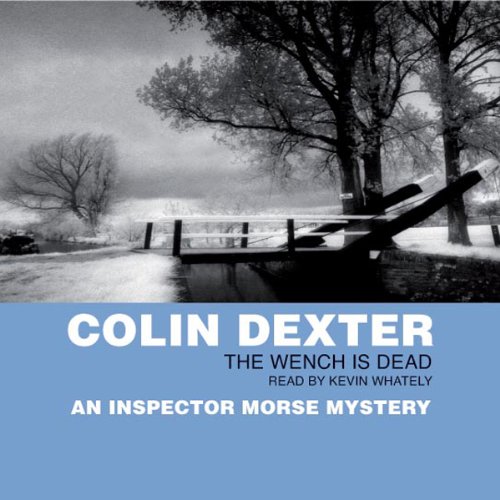 The Wench Is Dead

The body of Joanna Franks was found at Duke's Cut on the Oxford Canal at about 5.30 a.m. on Wednesday, 22nd June 1859. At around 10.15 a.m. on a Saturday morning in 1989, the body of Chief Inspector Morse, though very much alive, was removed to Oxford's John Radcliffe Hospital. Treatment for a perforated ulcer was later pronounced successful. As Morse begins his recovery, he comes across an account of the investigation and trial that followed Joanna Frank's death...and becomes convinced that the two men hanged for her murder were innocent.
© Colin Dexter; (P) Macmillan Publishers Ltd
Police Procedurals Traditional Detectives Historical
Show More Show Less

What listeners say about The Wench Is Dead

what a fun story and Kevin plays sgt. Lewis in the TV show. so his narration is amazing.

This is one, if not the best Morse ever. It also transferred to the small screen well. I was never a fan of Morse when it was 'the thing to watch' on the TV but I've warmed to the books - great to see they are coming unabridged!

His inability to let any mystery go unsolved..even one as ancient as this... plus a tinge of romance for Inspector Morse...enjoyable listen