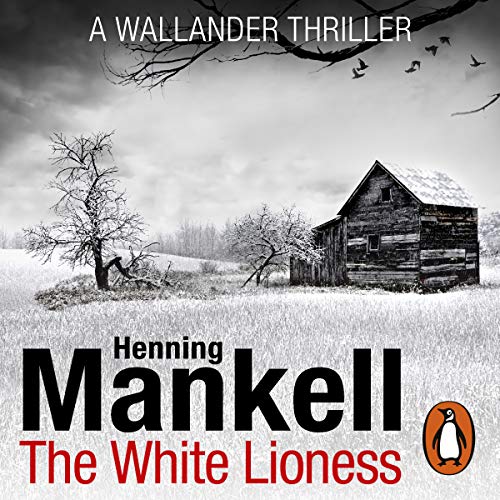 In 1992, in peaceful Southern Sweden, Louise Akerblom, an estate agent, pillar of the Methodist church, wife and mother, disappears. There is no explanation and no motive. Inspector Wallander and his team are called in to investigate. As Inspector Wallander is introduced to this missing person's case, he has a gut feeling that the victim will never be found alive, but he has no idea how far he will have to go in search of the killer.

In South Africa, Nelson Mandela has made his long walk to freedom, setting in train the country's painful journey towards the end of Apartheid. Wallander and his colleagues find themselves caught up in a complex web involving renegade members of South Africa's secret service and a former KGB agent, all of whom are set upon halting Mandela's rise to power.

Faced with an increasingly globalised world in which international terrorism knows no national borders, Wallander must prevent a hideous crime that means to dam the tide of history.

What listeners say about The White Lioness

As always, Mankell is amazing!

Love all of his books. You feel like you are right there with the characters and experiencing everything with them.

Not the best Wallander but still worth reading

One cannot help but get the impression that Mankell used this novel to vent his anger at pre-ANC South Africa. The story spends a lot of time in SA and Wallander becomes a bit part actor at times instead of the lead. this means the book doesn't work as well as the others in the series but it's still a very worthwhile read, especially with the peerless Sean Barrett narration.
Mankell never convinces on Southern Africa in spite of the time he spent there. He takes the easy but very lazy line of painting Afrikaners as nothing but conniving evil monsters. The Zulu character here is treated with sympathy although he is a very unsavoury, unethical murderer. Mankell bends over backwards to seek out tiny elements of good left in him, but cannot bring himself to do so with the Afrikaners. It does his reputation no service and grossly misrepresents the Afrikaans people.

The best of storytelling

The listening experience at its best. But start with the first book in the series "Faceless Killers".
Excellently crafted stories read by the master storyteller Sean Barrett. Like a good book you can't put down I'll guarantee you will be reluctant to turn it off.
Try "Arnaldur Indridason" or "Michael Ridpath" with their detectives in Iceland settings. All read by Sean Barrett.

Fond regards for Author but too clunky.

It’s rewarding to tackle this Author’s work even though a listener might sigh-often - at the too too didactic tone, the absurd coincidences and essential lack of enough convincing variety. Locales and characters hover close to but do not become quite rounded enough to be convincing. People pop up fortuitously then vanish again. It’s as if Markell became more obsessed with sharing his beliefs than developing a story.

A thing I found rewarding, as I listened, was to juggle the renditions of this tale which I have seen both by Branagh and the Swedish Television Wallander. By doing this you get a far better sense of all that was attempted in the novel.
What each of these different writers from different cultures and with varying budgets chose to foreground was enormously helpful when listening became a chore.

gripping and i learned so much about life in South Africa. Henning Mankell is so competant at understanding women too

Not sure if this story was a real event. It seemed that way. Take a look at S. Africa 's history over the years following Nelson Madella Presidency to current and questions seem to come to mind.
The book is a great read. Narration superb

Gripping story of supposed involvement of Wallander in a plot to kill a prominent South African. Worth listening to for the rivetting conclusion alone!

Gripping story full of surprising and one small coil in an excellent series of books.

On the whole a very good read, exciting in parts, and very well read by Sean Barrett. Some parts a little drawn out, particularly the ending but certainly not disappointing for me, I do like this author and will continue to read his books without doubt. I like the idea of a provincial police detective gets to stray out of his comfort zone and although successful (so far) makes many mistakes. Definitely worth a read!

All of his books are excellent and very well read but this one I felt was an 11 hour bonkers fantasy which I wanted to abandon halfway through due to the constant tiresome patronising liberal nonsense against the backdrop of the demise of white rule in South Africa.

Plenty of twists and turns, but mostly for no purpose. Needed a thorough editing. Wallander looks like a complete amateur, and none of the characters really ring true.

This is a very long book, it requires dedication to get through. The story is very interesting but it’s for pure Wallander fans only, as it is meandering and way too complex. Some of the details, such as the character having to empty his bowels into waste paper basket, seem incongruous and most unnecessary. A great candidate for abridgment.