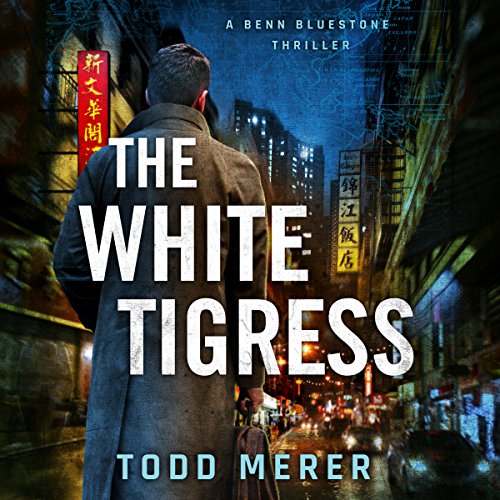 Free with 30-day trial
1 credit a month to use on any title to download and keep
Listen to anything from the Plus CatalogueŌĆöthousands of Audible Originals, podcasts and audiobooks
Download titles to your library and listen offline
Ōé╣199 per month after trial. Cancel anytime.

Nearly being indicted convinced Benn Bluestone to quit drug lawyering. Now he just wants to sleep well and turn an honest buck. A case as trustee for an unstable young woman seems like just the ticketŌĆ”but this ride began in World War II, continued through the Golden Triangle heroin trade, navigated a serpentine trail of spies and international corruption, and ended up on a remote South China Sea atoll, where nuclear war between the United States and China threatens to destroy the world.

Now Benn has no choice but to draw on the maneuvers of the past he escaped. ItŌĆÖs more than a last shot at redemption. ItŌĆÖs the only way to get everyone out alive.

What listeners say about The White Tigress

A good book especially the way it ended. Liked it but a bit too wordy