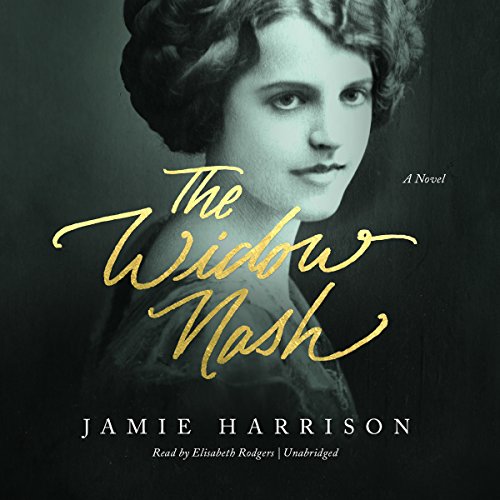 It is New York, 1904, and Dulcy Remfrey, despite an idiosyncratic, traveling childhood, faces the predictable life of a woman of the time. But all that changes when her eccentric father returns from his expedition to Africa without any of the proceeds from the sale of a gold mine. It seems he's lost his mind along with the money, and Dulcy's obsessive ex-fiancé (and her father's business partner) insists she come to Seattle to decipher her father's cryptic notebooks, which may hold clues to the missing funds. When her father dies unexpectedly, taking the truth with him, Dulcy looks at her future, finds it unbearable, and somewhere in the northern Rockies, disappears from the train bringing her father's body home.

Is it possible to disappear from your old life and create another? Dulcy travels the West, reading stories about her own death, and finds a small Montana town where she's reborn as Mrs. Nash, a wealthy young widow, free from the burden of family. But her old life won't let go so easily, and soon her ex-fiancé is on her trail, threatening the new life she is so eager to create.

The Widow Nash is a riveting narrative, filled with a colorful cast of characters, timeless themes, and great set pieces - Europe in summer, New York in fall, Africa in winter, and the lively, unforgettable town of Livingston, Montana. This is a book that surprises with its twists and turns, ribald sensibility, and rich historical details. And in Dulcy, Jamie Harrison has created an indelible heroine sure to capture the hearts of listeners everywhere.

I wanted to like this book more than I actually did. Although the writing was wonderfully detailed, it tended to lose the momentum of the plot between the descriptions of characters and places.

Wow!! What an amazingly well written story! So... Much... Detail! I loved it!! However, I am really glad I listened to the audio version rather than trying to tackle this monster for 30 min each night before bedtime. I was at least able to listen to 50 min each morning, while shelving books in the library. 14 hours later.... FINISHED... and satisfied!

A really spectacular novel that I recommend listening to if you are the type who may get bored easily with parts that lack momentum.

An excellent performance of a well written story. I enjoyed the strong heroine. At times there felt like a few too many odd characters but isn't that what you found in the pioneers willing to strike out in newer frontiers?
All in all I highly recommend.

I learned more about (historically) syphilis than I ever care to. The writing was good and I wanted to find out the story's end.