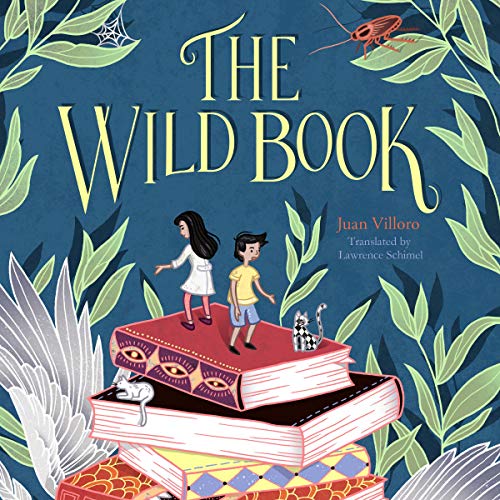 “We walked toward the part of the library where the air smelled as if it had been interred for years.... Finally, we got to the hallway where the wooden floor was the creakiest, and we sensed a strange whiff of excitement and fear. It smelled like a creature from a bygone time. It smelled like a dragon.”

Thirteen-year-old Juan’s summer is off to a terrible start. First, his parents separate. Then, almost as bad, Juan is sent away to his strange Uncle Tito’s house for the entire break! Who wants to live with an oddball recluse who has zigzag eyebrows, drinks 15 cups of smoky tea a day, and lives inside a huge, mysterious library?

As Juan adjusts to his new life among teetering, dusty shelves, he notices something odd: the books move on their own! He rushes to tell Uncle Tito, who lets his nephew in on a secret: Juan is a Princeps Reader, which means books respond magically to him, and he’s the only one who can find the elusive, never-before-read Wild Book. But will Juan and his new friend Catalina get to The Wild Book before the wicked, story-stealing Pirate Book does?

An unforgettable adventure story about books, libraries, and the power of reading, The Wild Book is the young-audiences debut by beloved, prize-winning Mexican author Juan Villoro. It has sold more than one million copies in Spanish.

What listeners say about The Wild Book