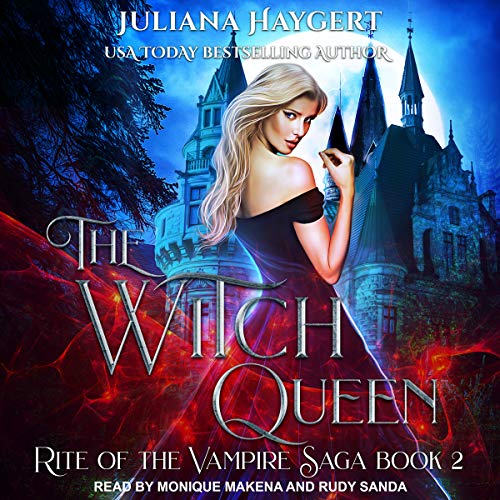 A young woman with a deadly mission. A man trying to save his people. And a terrible challenge that might drive them apart....

When Drake left me behind, I thought my heart would break. But before I could change my mind and follow him, Princess Morda of the Silverblood found me. I'm now back at my coven, viewed as a heroine for having succeeded in my suicide mission. But I don't feel like a heroine. I feel like I'm being torn into pieces as Princess Morda insists in using my accomplishment as an example to encourage the other witches to act.

Our enemy covens grow restless, and since my coven is the only one without a Witch Queen, we're at a disadvantage. But Princess Morda has a plan for that - a horrific plan I don't want to be a part of. Among escapades to meet Drake - who has his own problems to deal with - and navigating the complicated rules of a place I once loved, I find myself lonely and lost. But I can't surrender to the darkness now. A war is coming and I have a key part to play.

What listeners say about The Witch Queen

It gets really exhausting not having anything to listen to and hopefully audible will start showing more moving audiobooks that we will want to buy and listen to. Book 3 is still not out on audible but only shows on kindle so hopefully it won't be long til book 3 the finale in the 3 book series will be recorded for us:)
This was a decent story that helped me get through my days that I had nothing to listen to. The narrator was good as well.