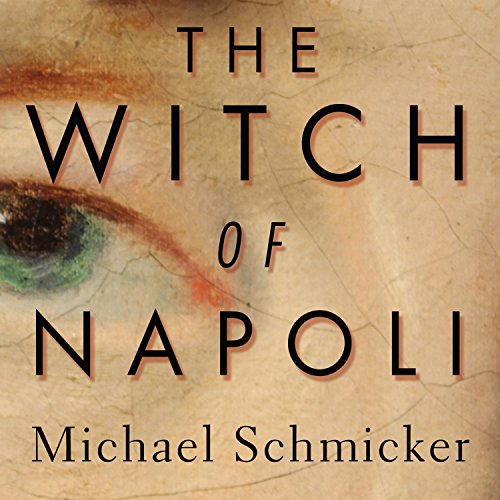 The Witch of Napoli

Italy, 1899: Fiery-tempered, seductive medium Alessandra Poverelli levitates a table at a Spiritualist séance in Naples. A reporter photographs the miracle, and wealthy, skeptical psychiatrist Camillo Lombardi arrives in Naples to investigate. When she materializes the ghost of his dead mother, he risks his reputation and fortune to finance a tour of the Continent, challenging the scientific and academic elite of Europe to test Alessandra's mysterious powers. She will help him rewrite science. His fee will help her escape her sadistic husband, Pigotti, and start a new life in Rome.

Newspapers across Europe trumpet her Cinderella story and baffling successes, and the public demands to know: Does the "Queen of Spirits" really have supernatural powers? Nigel Huxley is convinced that she's simply another vulgar Italian trickster. The icy, aristocratic detective for England's Society for the Investigation of Mediums launches a plot to trap and expose her.

Inspired by the true-life story of celebrated Italian medium Eusapia Palladino (1854-1918), The Witch of Napoli masterfully resurrects the bitter 19th-century battle between science and religion over the possibility of an afterlife.

"Impressive...an enchanting, graceful narrative that will absorb readers from the first page." ( Kirkus)

I was given this book in exchange for an honest review.
This book is not a light read, it’s heart breaking and soul retching. This is a very sad, depressing and heart moving story of a Witch from Napoli Alessandra, told by her then teenage photographer. The book is about her life and the unfortunate events that take place. The life that she comes from and how she tries to better herself inspite of everything. How she believes in her abilities as a medium against all speculations. The main story is about her going on a tour with Camillo Lombardi, how she turns him from a skeptic to a believer. There is so much to say about this book but that w0uld only give the story away. It is a moving tale and one not to be read lightly. I immensely enjoyed this book in every way. The narrator that was chosen also did a superb job, I’ve known him from other books I’ve read and am already a fan of his. I would love to read more books by Michael Schmicker!!!

I really liked this book. It takes place during a time when spiritualism is at its height and science is fighting back. I find this time period, as well as the subject, very fascinating. Though this is a fiction book, it is based on the life of Italian medium Eusapia Palladino. This book actually makes me want to learn more about the real person who inspired this work. The characters were interesting and well-developed, the different settings (the medium goes on tour across Europe) were fun to read about, and the story was engaging. I listened to the Audible audio version of this book and was very pleased with the narration by Derek Perkins. He does a lot of accents for the people introduced on the tour across Europe, and his pacing is good. If you are at all fascinated with spiritualism in the turn of the 1900's, or just like historical fiction, I recommend this book.

A wonderful historical novel and a great listen

I never thought a paranormal fiction could hit this hard in my feels.
Great audiobook as well. Loved the way narrator conveyed the feel of retro Italy with his accented accords.
Thoroughly enjoyed the story, bit spooky at times, yet completly worth the run. I need sometime to process my feelings.

Terrific story that kept me at the edge of my seat. Vivid, well-developed, authentic characters. Narrator accents, voice and cadence were excellent.

Great narrator, full bodied story, fun read on the train. would recommend to anyone who likes a blend of thrill, spirits, and the underdog.

I loved everything about this novel. It was essentially the biography of a fictional woman with strength I can only hope for. Good, bad, or ugly, she never compromised. I was with Alessandra from start to finish.

Mr. Schmicker's writing excellence is evident in his detailed descriptions of 19th century Europe and particularly, the precarious existence of women (especially poor women) during that era. I look forward to reading much more of his work.

Mr. Perkins' narration was superb. His performance truly heightened my enjoyment of the book and kept me from completing every chore until I finished.

The Witch was a Medium

... but this was still a great book! Admittedly, I got this audiobook for free in exchange for an unbiased review, but I have to say that I really enjoyed the story and the performance!

The story line became very repetitive as the Meduim, though fairly successful rose to the bait each time someone challenged her. Though she stayed true to character it became an annoying trait. The ending was ok, but it's unbelievability was a bit far fetched

0 of 1 people found this review helpful