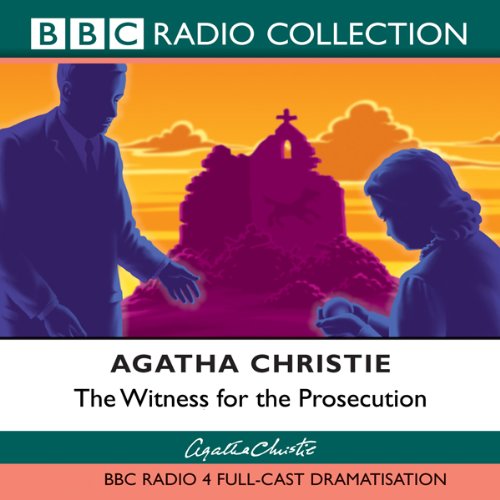 The Witness for the Prosecution (Dramatised)

Soon to be a major new London theatre show, The Witness for the Prosecution follows the hapless Leonard Vole as he learns he has been accused of murdering a wealthy widow in order to get his hands on the inheritance. His predicament is made even worse when he discovers his wife to be the chief witness against him. The trial proceeds with a number of unexpected twists.

What listeners say about The Witness for the Prosecution (Dramatised)

Too abridged to fully comprehend

Very well performed -- it's the BBC after all -- but because of the half hour time constraint, too many details are lost -- particularly during the trial scene. If you already know the story, this version is ok. Read the original short story or listen to Christopher Lee's reading of it which is much better.

It’s a classic story of Christie making old time radio work, I enjoyed the adaptation being a fan of the story and the stage play, Miriam Margolyes sells her parts brilliantly and overall a decent listen for a dull car journey

great ,easy read and with a twist at end !