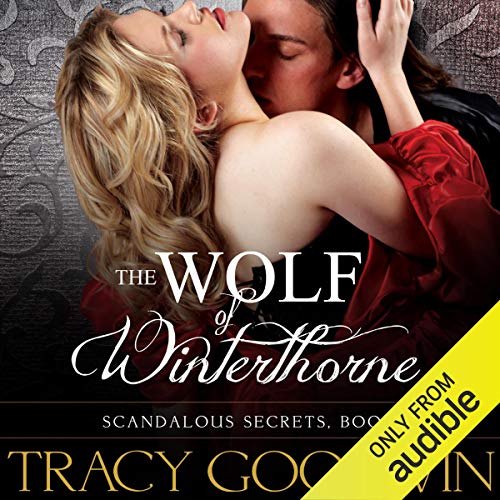 Logan Ambrose has endured a tortured existence. After learning how to fend for himself at a young age, he eventually amassed power and wealth. His fortune came at an extreme cost, as rising from poverty often does. Branded, he wears his sins on his marred flesh. Each scar represents a past he doesn't wish to remember, the ruthless man he holds at bay, the tortured soul who would do anything to survive.

Bruised, battered, and bloodied, Arabella Sutton is a woman lost. With no recollection of who she is or what terrors she suffered, she stumbles onto the imposing Winterthorne estate while running from those who hunt her, haunted by the memory of her bloodied hands holding a blade and wearing a bracelet monogrammed with the initial S.

When she stumbles into Logan's arms, he recognizes her instantly. She is one of two women he once knew: Arabella or her twin sister, Sybil. One he dared to love years ago, though he now despises them equally. Logan recognizes her bracelet as belonging to Sybil...the last woman he wished to see.

While Arabella must overcome the loss of her memories, she is drawn to the brooding and menacing master of Winterthorne, who knows much more about her past than he is willing to admit. Logan is assailed with memories of his lost love as he offers protection to the woman he believes to be her vicious twin, the woman who once reveled in making his life miserable, all the while fighting against the strong attraction that pulls him toward his charge and the reminders of Arabella that she rekindles in his hardened heart.

As Arabella pieces together her past, scandalous secrets come to light, and Logan will stop at nothing to save his beloved from the dangerous machinations of her evil identical twin. Together Logan and Arabella rekindle a romance they long thought extinguished. Meanwhile they concoct a grand scheme to unmask Sybil and rescue Arabella from her sister's misdeeds.

Can they protect Arabella from peril and assure their future before it is too late?

Exceptionally creative storyline & solid characters. I will read this author again BUT the narrator’s repetitive sing-song cadence & whispery quality was so grating & distracting I almost gave up before the great story drew me in.

I couldn't finish . And I always finish. If I had been reading this, I might have rated it 2 stars and finished it. But the audio narration was so truly terrible I could not do it. The reader has one and only one tone and tempo. Every word is a rapid raspy whisper. Whether it's an anguished seduction scene or a description of the guard dog. Totally annoying. Don't bother.

Too much inner dialogue!

Wow there was so much inner dialogue going on in this book it was driving me crazy! Talk to each other! It was also a bit repetitive and my least favorite of the series by a mile!.

I liked the characters and the story line. I just didn't like all the serious lack of dialogue between the characters. The dialogue did pick up after about 65% but still. Too little too late for my taste.

As for the narration I like Susan Duerden, The men sound like men and everyone gets their own distinct voice. You always get that sing song narration voice, but I am used to it.

WARNING: Mild spoilers below from chapter 1-8.

I have read/listened to several publications from this author and overall they seem OK to me for KU Romance Package. However this one bothered me for several reasons. First of all, I am glad that most writer's do not write in the vernacular of the period because I would find that tedious. There are limits to that license however IMO. Using the term "Win-win" is so modern that it yanked me right out of the tale. I could cite some other instances but I think I have made my point of why this is distracting while reading.

That issue by itself would not have made it a DNF for me though. For a brief back history, this is a story about two identical twin women. One named Sybil is malicious and has a history of many lovers. The other, Arabella, is kind, a virgin and the one that got away for Logan. One of them has incidentally returned to his life with amnesia but she has a bracelet on identifying her as Sybil who is the one responsible for breaking Arabella and Logan up. So what does Logan do ... he has sex with Sybil within a couple of days of her return. As he enters her, he realises she can't be Sybil since she is a virgin and informs who now now knows Arabella of her identity. He also admits that he thought he was having sex witn Sybil. EWWW! But does his " love the one you're with" attitude bother Arabella ... no, this TSTL woman just wants to get on with it. At this point, I am just disgusted with the story. I know twins are close and share but the love of your life?

My last comment is that the narrator has a lot of talent. She does a good job with voices of the opposite sex, differeniates characters well and emotes appropriately. However, her flow is somewhat "sing-song" but I was able to adjust to it. It wouldn't have stopped me from finishing the story; the writing did that.

This book comes out of the gate interesting. This is Logan's story and I was looking forward to this one. I thoroughly enjoyed this book until it gets to the end. More unending fluff dialogue, saying the same thing over and over again when it should have ended. For the most part, it was enjoyable..

Narrator, get a voice coach, PLEASE!!!

The story itself gets 3.5 stars but the narrator - seriously what was up with the sing song cadence? Awful, terribly awful, awful to the nth degree, awful as in “A” is for awful.
Did I say the narrator was awful? Yep, I did! That put me off from enjoying the story unfortunately.

My husband usually tolerates my audiobooks, but when listening to this one he said "you don't have to use ear buds, but this narrator is really bad." In other words, 'please use ear buds.' The narrator's pacing is fine which makes listening bearable, but her speech pattern (going up at the end of every sentence) and breathy, melodramatic voice are cheesy and annoying.

The story is interesting. I like the us-against-them and second-chance themes. The good twin, evil twin premise is unusual in a historical romance. Good book if you're looking for something a little different without getting too dark. The tone remains very upbeat and never drags.