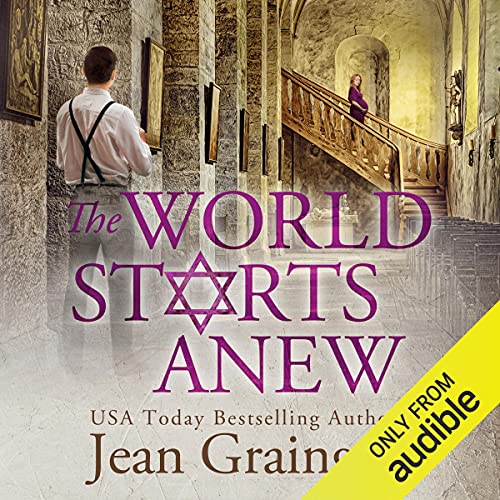 Erich Bannon is happy in the small Irish village he has thought of as home since he arrived as a terrified, traumatized seven year old, one of the last Jewish children to escape Berlin in 1939. Now, at 23, it feels like all of his friends are drawn to The Promised Land, and he can understand why, but Israel is not for him. One by one, they leave, and Erich is bereft.

He feels lost, but a chance encounter with an Irish Catholic girl gives him hope. All he and Róisín want is to be allowed to love each other, but the traditions and rules of their backgrounds forbid it.

By the time he learns that Róisín wasn’t honest with him about her family and what kind of people they really are, it is too late, and he finds himself unwittingly embroiled in a dangerous world from which there seems to be no escape.

When Róisín disappears, events take a sinister turn, and Erich wonders if their relationship really was all he thought it was.... Reluctant to place his family in danger, he has to solve his problems alone - something he’s never had to do before.

From rural Ireland to the glitz of 1950s America, from the orange groves of Israel to the dark streets of post-war Liverpool, The World Starts Anew is the fourth book in the best-selling Star and the Shamrock series.

What listeners say about The World Starts Anew