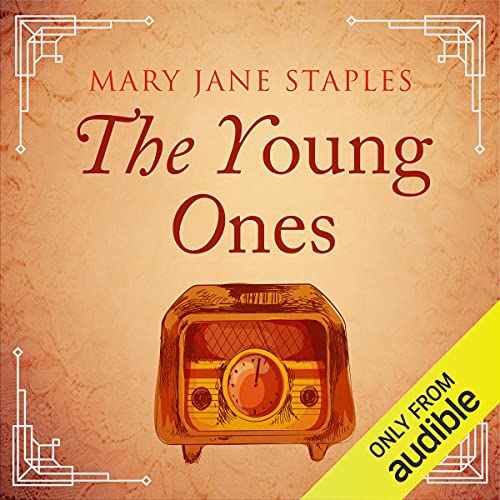 Once they had been called Orrice and Effel, two bedraggled, scruffy waifs who lived rough off the streets of Walworth. Now they were Horrace and Ethel Cooper, grown up - quite respectable really - and living with their adopted parents, Jim and Rebecca Cooper.

When Horrace saw the pretty girl who worked as a shop assistant in Adams (Ladies Fashion Modes) he was quite bowled over and knew he had to meet her. From then on he was in and out of the shop, buying hats and stockings and ribbons, trying desperately to persuade Miss Sally Brown to come out with him. And while he was laying siege to Sally, his sister Ethel was listening to her poet boyfriend spouting forth his romantic verse. But Ethel's involvement with the poet was to end more dangerously and dramatically than either she or Horrace had imagined, and several quite startling events were to happen before Horrace and Ethel's affairs were resolved.

What listeners say about The Young Ones

I have thoroughly enjoyed these books and I love the fact that Annie Aldington has narrated all the books so far, changing the narrator can spoil the whole story.
Mary Jane Staples is new to me and I cannot wait to read the rest of her books