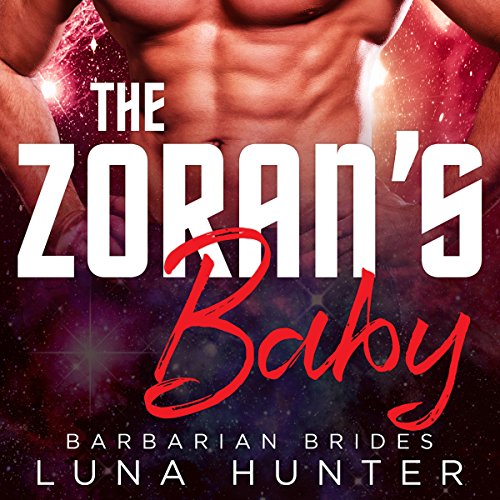 This Zoran warrior leaves me breathless - and pregnant!

Aria Winters is on a mission to rescue Grace, her little sister. The Nezdek came from the skies and took her, and she won't rest until Grace is safe. Aria talks her way onto a Zoran ship set to explore a distant planet, but she didn't expect to fall for the ship's brooding, tall, imposing alien commander. She tries to resist the growly warrior, but he has his radiant eyes set on her. And what a Zoran wants, he takes....

Dost is a Zoran general. A deadly warrior. Seven feet of pure muscle. His mission is to find a new home for his kind, but when sees the curvy human, everything changes. He never thought he'd lust for a human, but he can't deny what his body is telling him. She is his fated. His true mate. She will be his.

The Zoran's Baby is the third book in the Barbarian Brides series, but can be read as a standalone. It's an instalust, fated-mates romance, featuring a feisty human female on a mission and a protective alien general who fights for her heart. Happily-ever-after guaranteed!

What listeners say about The Zoran's Baby

Loved it ... lots of action, love and a really hot alien male. can't wait for the next one!

This is a short book packed with a cute romance with some crazy events. Good imagination!

This audiobook was a good story, but not a great one. The biggest thing that bothered me was the narration of the male voice. It really needed a strong male voice to match the character. There was a lot made of in the story about the hero’s father, but in the end that was kind of brushed aside. If there had been more of a conclusion to that it would have been a better ending. Overall a good listen.