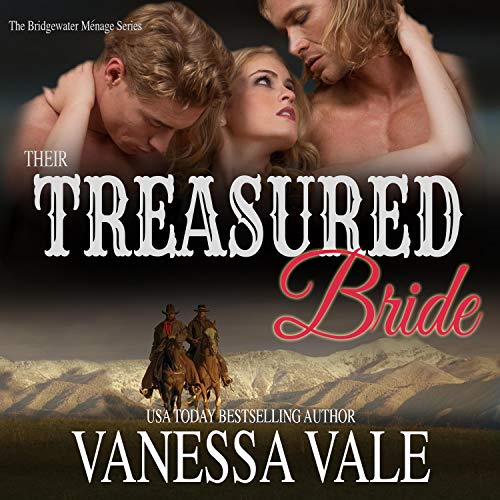 Rebecca Montgomery never expected to leave London and go to the American West, but this was how her brother saves her an impending marriage of convenience. She also never expected her brother to marry her by proxy to a trusted friend before dying on the journey. She quickly discovers that the Montana territory is a far cry from England, and so are the expectations of a wife at Bridgewater Ranch, for she’s married not just to Dashiell, but also to his friend and fellow Scot Connor MacDonald.

Dashiell McPherson never expected to find himself wed to a woman he’s never met, especially not a prim lady raised to believe her sexuality is something to be repressed rather than enjoyed. Can an inhibited woman accept not just one, but two husbands? It will take ample Scottish brash, a fair amount of brawn, and plenty of carnal persuasion to free Rebecca of her inhibitions and show her how treasured she is.

This fourth book in the best-selling Bridgewater series continues the saga of this polyandrous Western community where men are men and their women are pleasured in ways that will have them - and listeners - begging for more.

What listeners say about Their Treasured Bride