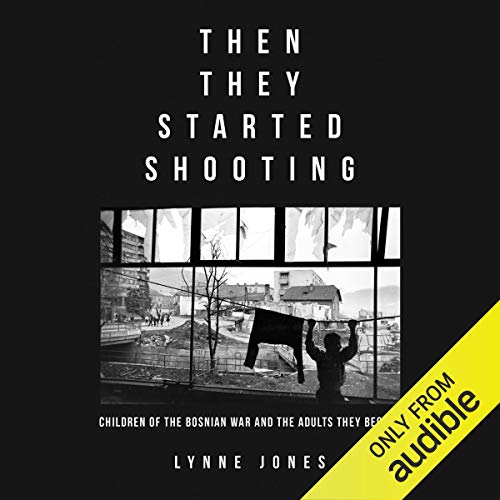 Imagine you are nine years old. Your best friend’s father is arrested, half your classmates disappear from school, and someone burns down the house across the road. Imagine you are 10 years old and have to cross a snow-covered mountain range at night in order to escape the soldiers who are trying to kill you. How would you deal with these memories five, 10, or 20 years later once you are an adult?

Jones, a relief worker and child psychiatrist, interviewed over 40 Serb and Muslim children who came of age during the Bosnian War and now returns, 20 years after the war began, to discover the adults they have become. A must-listen for anyone interested in human rights, children’s issues, and the psychological fallout from war, this engaging audiobook addresses the continuing debate about PTSD, the roots of ethnic identity and nationalism, the sources of global conflict, the best paths toward peacemaking and reconciliation, and the resilience of the human spirit.

What listeners say about Then They Started Shooting