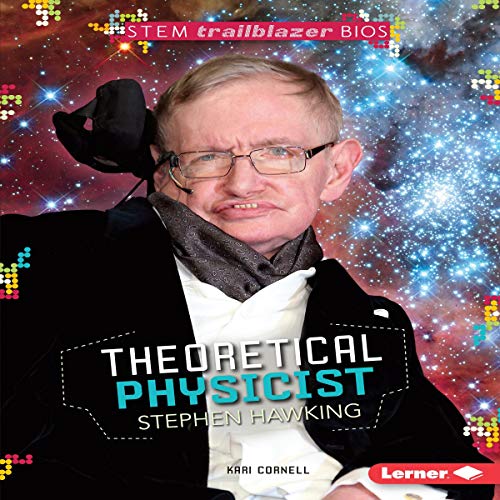 Do you like to gaze at the stars? So did the young Stephen Hawking. Eventually, he turned his fascination with the night sky into a career of trying to figure out how the universe began and how it works.

As a child, Hawking loved the stars and he loved math class. In college, he studied physics and cosmology, or how the universe came to be. But then he was diagnosed with amyotrophic lateral sclerosis (ALS), a disease that shuts down the nerves that control muscles. His doctors thought he had two years to live, so Hawking started working hard to meet his goals. He studied black holes and made discoveries that earned him recognition around the world. He wrote several books about the universe to help people understand his ideas. More than 50 years after his diagnosis, Hawking still had ALS, but he continued to ponder the night skies, trying to find one theory that would explain the universe.

"These palatable biographies of trailblazing techies emphasize their subjects' childhoods and examine how their roots influenced later ingenuities. A tunnel and cave exploration by a young, lantern-carrying Shigeru Miyamoto is an allusion to his later video game creations Mario and The Legend of Zelda. This narrative style provides students with a lesson on how small beginnings can lead to great things and might inspire pride in their own developing STEM skills. The images are clear and relevant to the accompanying text. The artist's interpretation of the big bang that is found in Stephen Hawking is a bit unclear and without further context will likely confuse readers. The bright, clean format and accessible tone make these entry biographies great for classrooms and libraries." (School Library Journal)