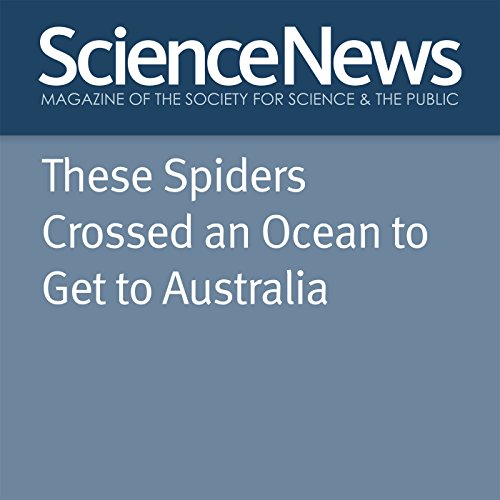 These Spiders Crossed an Ocean to Get to Australia

If you look at a map of the world, it’s easy to think that the vast oceans would be effective barriers to the movement of land animals. And while an elephant can’t swim across the Pacific, it turns out that plenty of plants and animals — and even people — have unintentionally floated across oceans from one continent to another. Now comes evidence that tiny, sedentary trapdoor spiders made such a journey millions of years ago, taking them from Africa all the way across the Indian Ocean to Australia.

"These Spiders Crossed an Ocean to Get to Australia" is from sciencenews.com, published on August 15, 2017.