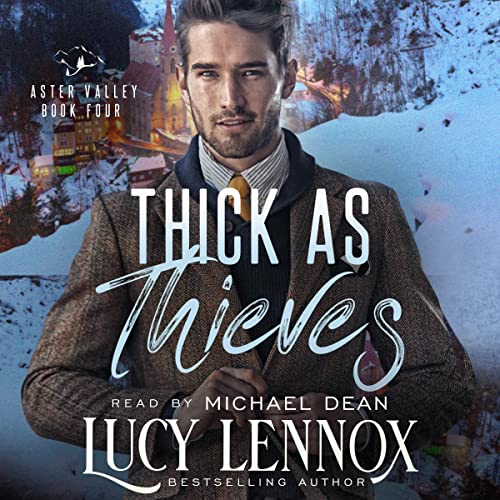 I've been in love with my best friend since forever. Okay, fine. Like, kindergarten. It started out platonic, obviously, but then became.... Nope. Still platonic. The problem is that Parker Ellis has been straight since forever. And that makes it difficult to convince him that the two of us are meant to be together.

And now, there's no point. All is lost. He's gone and gotten engaged to his high-school sweetheart - which means I have to grin and bear it, while pretending to be the happy, supportive best man, while he prepares to commit his life to a woman I can't even fault. She's great. We've all been friends forever. I know he'll be happy with Erin, just not.... Just not as happy as he could be with me.

I'll admit. Sometimes I press the easy button. Like when Julian Thick had offered me half his sandwich, back in grade school, after noticing I didn't have any food. Or when I'd needed a date to homecoming in 10th grade, and Erin told me she was it. Or when I'd used the one thing that came easy to me, skiing, to get my college tuition paid for. Or when Erin had showed back up in my life, six months ago, and me told it was time to marry, and start a family....

But, for the first time in my life, I'm facing something that's not at all easy. It's my wedding weekend, and I've just been left at the altar. Not only that, but when my best friend whisks me away, to drown my sorrows in a snowy cabin in Aster Valley, I accidentally discover Julian's been keeping secrets. Big secrets.

The kind of secrets that lead to hot, experimental kisses in front of a blazing fire, tentative physical exploration in a way I'd never imagined before, and the kind of intimate, true confessions I'd never even dreamed of - between me and the one person who's always been my true home.

But after 20-plus years of thinking of Jules as my friend without benefits, is it truly possible to change who we are to each other? There's no easy button this time, but I'm willing to do the work. I only wonder if Julian is ready to trust I really mean it.

What listeners say about Thick as Thieves

This is definitely my favorite trope!

Julian and Parker are like two peas in a pod.
They were literally meant to be together from the very beginning.

I love seeing them evolve from boys to men and seeing their bond strengthen and the dynamics of their relationship change.

This was my absolute favorite in the series.

The narration performed an amazing audio delivery and narration

This is hands down the best friends to lovers story I have ever read. It deserves way more than 5 stars. Michael Dean is absolutely fantabulous narrating this story. Julian and Parker’s story is delicious perfection. It is a masterful tale of love, enlightenment, and growth sneakily wrapped in a romcom. It is story full of swoons, quirky townspeople, absurdity, drama, sweet moments, strong families, supportive friends, dysfunctional families, sexy times, painful pasts, and love. Julian is an attorney who is gay and has been in love with his best friend for almost two decades. Parker is a ski instructor and became best friends with Julian when he was in first grade. He believes he’s straight. When the book begins, Parker is scheduled to marry Erin but is left at the alter with a dear Parker letter. While the book is funny, it is also a deeply emotional book. What follows the wedding that wasn’t, is the most baggage unpacking that two romance heroes have ever had to unpack. But oh the journey to get to their HEA is so painfully beautiful and you will feel all the things along the way. Expect to laugh, to cry, to swoon, to grit your teeth, to roll your eyes, to gasp, and to cheer. Most of all, expect to fall in love with Julian and Parker. I love, love this town and this series. I cannot wait to see who’s next to fall in love in Aster Valley.

I have say Tiller and Mikey are still my favorite Aster Valley couple but I loved Julian and Parker! I think veteran romance readers know that with a romance novel you are going to get an HEA. But with this book I had some major anxiety wondering if these two would figure it out. Alas they do, and while friends to lovers isn’t normally a favorite trope of mine, this author is. She never disappoints and this book is just more proof of that!


It’s funny how when I first heard Michael Dean I wasn’t a fan but he’s quickly become a favorite of mine.

As one can only expect from the incredible Lucy Lennox this book knocked it out of the ball park. I couldn't put it down. I highly recommend it to anyone who enjoys great love stories.

Michael dean never disappoints. The story was good .always like hearing from Mikey and Truman.

Lucy Lennox did it again! Great story and great character development. I thoroughly enjoyed this book as its a continuation in the series. Looking forward to the next one for sure.

This is the sweetest story. first time gay, best friend romance, with the rest of the Water Valley couples along for the ride. Michael dean does an outstanding job bringing all of these characters to life. Lucy Lennox writes the best MM romance stories and series. well worth the credit and your time to listen.

Another Great Story from Lennox

I absolutely love the town of Aster Valley and the characters Lennox has created. My only (very minor) complaint in this one is I didn’t feel like I got enough interaction from other Aster Valley residents. This is a best friends to lovers gay awakening and that is one of my favorite tropes, so I was sure to love this story from the beginning. The characters made it an extra great story though!

Best of the series!!

I loved this story so much! Kinda sad this was the end. Just perfect! Started the series with the first book on sale and ended up binge listening to all. So glad I found them all.

Love the story and the deep voice of Michael Dean

Nice story how childhood friends become more than friends. Michael Dean narration makes the story even better (I’m in love with his voice 😍).

I loved the whole series, but this was the best story in the series. I was in a mood something swoony and this book delivered.