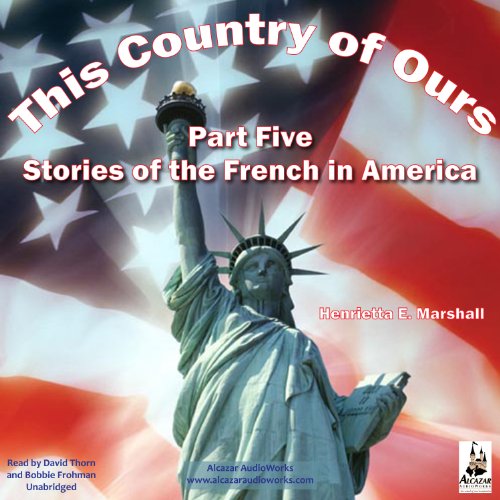 This Series, in seven parts, tells the story of America from the earliest founding through the days of Woodrow Wilson and The Great War (World War I). In Part 5, you'll hear stories of explorers and pioneers.

1. Stories of the French in America

2. How the Mississippi Was Discovered

5. How a Terrible Disaster Befell the British Army

6. The End of French Rule in America

7. The Rebellion of Pontiac

What listeners say about This Country of Ours, Part 5