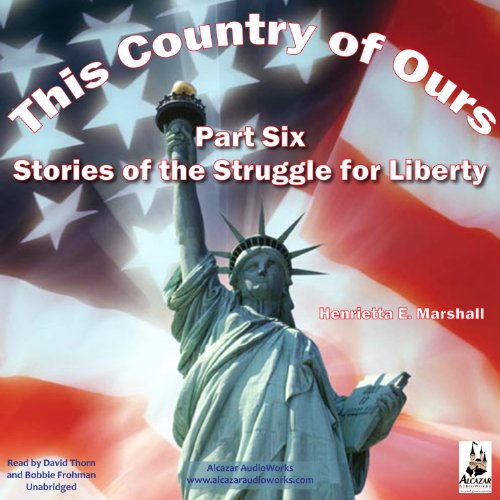 This series, in seven parts, tells the story of America from the earliest founding through the days of Woodrow Wilson the Great War (World War I). Part 6 continues the series with the stories of the struggle for liberty:

2. Paul Revere's Ride - The Unsheathing of the Sword

4. The War in Canada

5. The Birth of a Great Nation

6. The Darkest Hour - Trenton and Princeton

11. The Battle of Monmouth - The Story of Captain Molly

12. The Story of a Great Crime

13. A Turning Point in the World's History

What listeners say about This Country of Ours, Part 6