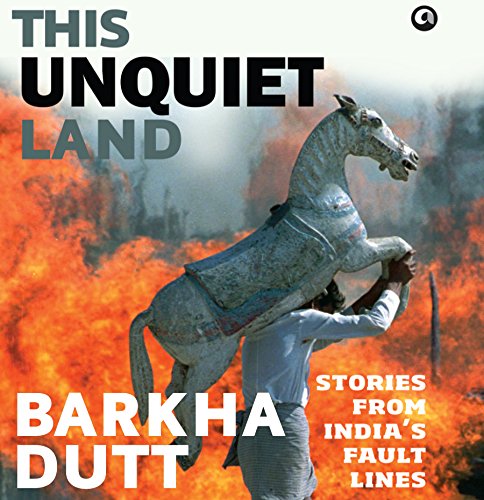 Some of them go back centuries; others are of comparatively recent origin. The myriad villains these fault lines have spawned include rapists, murderers, terrorists, prophets of religious hatred, corrupt politicians, upholders of abhorrent caste traditions, opponents of free speech and dissent, apologists for regressive cultural practices, and external adversaries who try to destabilize our borders. All of them are responsible for impeding the country's progress, destroying the lives of numberless innocents, usually the poorest and most vulnerable of our people, and besmirching the democratic, plural, free and secular nature of our society.

Set against these enemies of our nation's promise are the heroic ones - the poor, illiterate woman who was gang-raped but helped change the nation's attitude towards women through her determined fight for justice; the young soldier whose courage and sacrifice in the high Himalayas was an inspiration to his comrades fighting the Kargil War; the wife whose husband was beheaded by Maoist terrorists yet sought not revenge but succour for the poor and underprivileged; and the son of the village blacksmith who was lynched by a mob of religious fundamentalists appealing for an end to discord and sectarian violence.

These stories, and dozens of others like them, map our country's fault lines. In this book Barkha Dutt recounts the ones that have left an indelible mark on her. Taken together they provide a vivid, devastating and unforgettable portrait of our unquiet land.

What listeners say about This Unquiet Land

A passionate display of one woman's illustrious career trajectory. The language is simple but the narration is what drove me up the wall every few minutes.
The narrator either has no background in Hindi, or has deliberately distorted names, lines and jokes out of recognition. For a book that draws heavily upon vernacular quotes from a variety of people, the producers should have put some thought into the person being hired. The hindi lines are barely understandable, and even famous names and locations only vaguely familiar.

Would not recommend listening to this title. Probably still worth a read, though

a precise tale of events

the author narrated her own story through India's fault lines, as they were and as they remain, some becoming the reason for quake on this land, once a while!

While Dutt’s prose style is sometimes pedestrian, this is an otherwise thoughtful journalistic tour of contemporary India, well read by Ramanee (who manages the shifts from English to Hindi and back again seamlessly).

While otherwise a fine memoir by one of India's most well known television journalists the reading was not very good at all. Why would a British voice actor (of Indian heritage, I assume, going by the name) be chosen to read this book? She mispronounces almost all of the Indian words, struggled with all of the Indian/Pakistani names, the few hindi quotes in the book were read horribly. She even mispronounces the author's last name. I really hope audible or the publisher has this re-recorded with an India voice actor or the author herself.