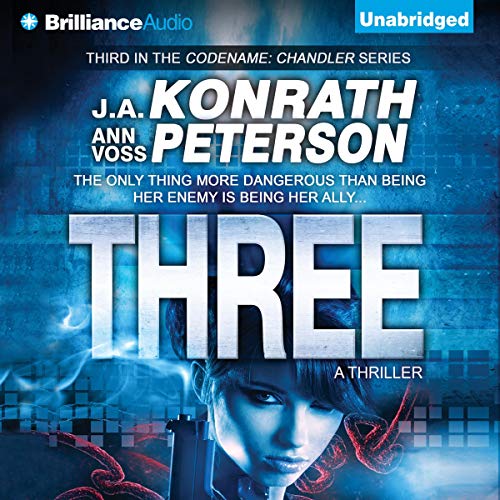 Time is running out for Chandler, the elite assassin whose mission to rescue her sister from a notorious black ops prison landed her at the top of the nation's Most Wanted list. Burned by her handlers and forced to work with her mortal enemy in a race to preserve the very government that wants her dead, the living weapon has become a ticking time bomb.

In saving her sister, Chandler unleashed a power-mad American president dead set on controlling the world—no matter how many millions of innocent people he must kill to do it. To stop him, Chandler will go deeper than she's ever gone before, pushing her body and mind to their absolute limits. All the while she is hunted by the one man who knows her every secret, her every hiding place—and her every weakness.

Infiltrating the White House, crashing a bullfight in Mexico City, hijacking a blimp in Toronto...these are just the beginning of the end, as the Codename: Chandler trilogy races towards its stunning conclusion.

What listeners say about Three

Absolutely enjoyed this book! The characters were great and I absolutely loved "Harry". I laughed numerous times throughout and enjoyed the wit thrown in with the detailed killing scenes. Good read.