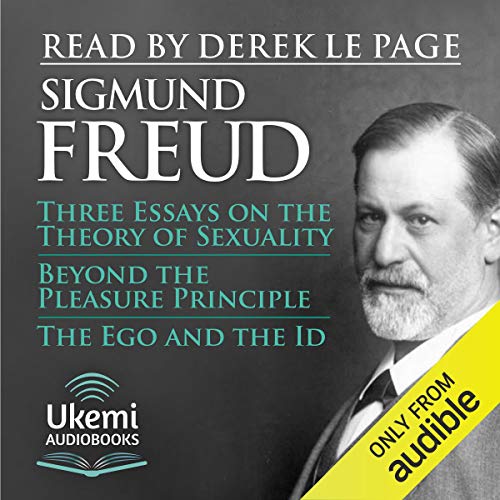 Here are three key works by Sigmund Freud which, published in the first decades of the 20th century, underpinned his developing views and had such a dramatic effect on world society. In the uncompromising Three Essays on the Theory of Sexuality (1905), he declared that 'sexual aberrations' are not limited to the insane but exist in 'normal' people to a greater or lesser degree. The three essays are divided between sexual perversions, childhood sexuality and puberty. Twenty-first century society has opened and developed the subject considerably, but it is still salutary to return to one of the most important early discussions. Freud presents the force of the unconscious in the sexual instinct and complexes such as the castration complex and the Oedipus complex, the latter of which he first noted in The Interpretation of Dreams. In Beyond the Pleasure Principle (1920) Freud corrects his earlier view that libido or sexual drive is the overwhelming force behind human activity. Now he balances the drive of 'Eros' with 'Thanatos', the destruction or death principle. Along with the pleasure principle, he argues, there lies a tendency for people to self-harm in many ways, either literally or by replaying painful events or thoughts of the past - deliberately invoking 'unpleasure' (psychological discomfort or pain). Beyond the Pleasure Principle remains one of the most criticised texts in the Freud oeuvre.

In The Ego and the Id (1923), Freud outlined his study of the human psyche, the result of many years of psychoanalytical practice. Based on the concepts of the 'conscious' and 'unconscious', three elements in the psychic apparatus come into play - the id (instinctual trends), the superego (the critical and moralising role) and the ego (the more conscious control that decides between the two). In the recording, the three works presented here are not only of interest in themselves but show the developing nature of Freud's thought and work over two decades. They are read clearly by Derek Le Page.

What listeners say about Three Essays on the Theory of Sexuality, Beyond the Pleasure Principle, The Ego and the Id

These books were a marvelous introduction into Freud’s Ideas. I especially enjoyed beyond the pleasure principle and the ego and id.

The narration is great. The discussed theories are mind blowing, definitely will listen again in near future!