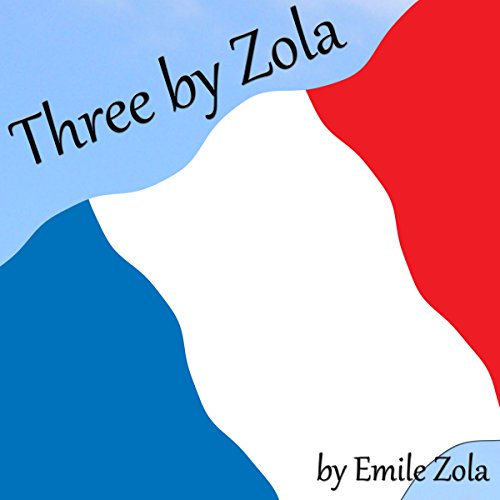 Emile Zola (1840-1902) was one of the giants of French literature. This collecion of three of his most famous stories illustrates the incredible range of his writing. "Captain Burle" is a dramatic story illustrating the importance of honor in French society; "The Miller's Daughter" is a tale of romance and heroism; and "The Death of Oliver Becaille" recounts the horror of a man who wakes up to find himself buried alive!
©1980 Jimcin Recordings

"With a French accent, Walter Covell reads three of Emile Zola's naturalistic stories....Covell's voice changes to match each character, even as his serious tone and graceful delivery match Zola's own style. Also, Covell's delivery of melodious French names and words informs these tales with an oral elegance. There is only one way to learn these stories and that is to hear them on this recording." (Booklist)

In the comic-tragic "Captain Burle", a retired soldier engages in duel to defend his honor and satisfy his demanding mother. "The Miller’s Daughter" is a moving story about a rural French family dealing with an occupying force of Prussian soldiers. And in the wrenching "The Death of Olivier Becaille", a man in a coma state is believed to be dead and prepared for a funeral.

In an interesting choice, Covell performs these stories in a heavy but intelligible Parisian accent, his voices rising theatrically or growing gruff when delivering dialogue.

The stories are wonderful. The readers voice is rich and textured. The manner of reading is dreadful. The reader appears totally oblivious to what he is reading.