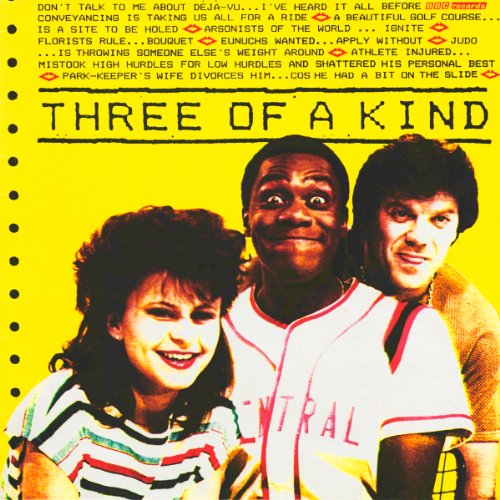 Three of a Kind (Vintage Beeb)

Highlights from the classic BBC TV comedy sketch show starring Lenny Henry, Tracey Ullman and David Copperfield. Broadcast over three series between 1981 and 1983, Three of a Kind made stars out of Tracey Ullman and Lenny Henry, and helped writers such as Rob Grant, Doug Naylor, Ruby Wax and Ian Hislop hone their considerable comedic talents. Full of quickfire quips and silly sketches, as well as spoof songs, it was hugely popular for its gentle humour, sarcasm and witty satire.

This compilation soundtrack includes many memorable sketches including Aussie Blue Peter and Woman Newsreader; parody songs from the likes of the Ruinettes, Dollop and Cliff Copperfield; and a host of familiar characters from the TV series including The Reverend Nat. West, Old Scrunge, Roz, Rasta rap star Fred Dread and smooth charmer Medallion Man.

What listeners say about Three of a Kind (Vintage Beeb)