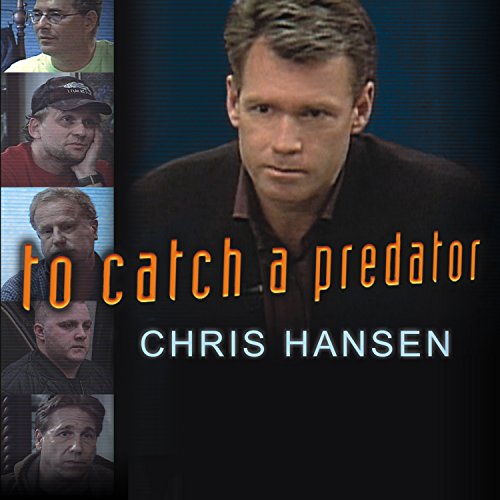 To Catch a Predator

Over 40 million Americans have seen Dateline NBC's ongoing "To Catch a Predator" series, with an average of 11 million viewers per episode. So far, the Dateline series has led to the arrest of over 200 men and has shown that child predators can be anyone: even those who are the most trusted in the community, including rabbis and teachers.

In his book To Catch a Predator, Chris Hansen, the on-air correspondent for one of Dateline's most successful series, looks deeper into the world of child predators. The book expands beyond the Dateline series to include more commentary from psychological and criminal experts about the origins and methods of child predators, and includes substantive advice for both parents and children on how to protect kids who use the Internet. Hansen also looks at the current methods for treating child predators. To Catch a Predator presents a strong analysis of what some feel is a child-predator epidemic and a startling look at the shortcomings of our systems and society.

Much better than you'd think

This book doesn't just rehash the sensational elements of the television show, but talks with law enforcement, psychiatrists, and even the sick people in question.

What's really surprising is that the book teaches mercy, and supports its own argument.

Printed in 2007 but still relevant

One might this this book must be outdated but it isn't. This book is as relevant now as it were then

A must read for all parents

Not so sure about this book..

I don?t know why it matters so much what Hansen?s motivations are, but it does, and I just don?t trust him. His fame and wealth depends on how successfully he sells his televised news stories. And for the past several years, he has been selling the on-air complete destruction of the lives of men that most of society regards with contempt. These men are pedophiles who have crossed the line between living with the desires they struggle with and acting on those desires by first chatting online with an underage kid, then gradually steering the conversations to sexual topics, and eventually arranging to meet the young person alone.
Like anyone, I feel anger toward these men and want them to pay for what they did. They need to realize the painful impact their actions can have on a young teen. However, I?m not so sure that exposing them on Dateline NBC is the most moral thing to do. There are way too many other factors at work here for it to be a matter of catching a predator and removing the threat. And there?ve been accusations that Dateline means to entertain and shock.
There are some parts of the book that are very moving; these are the tragedies of the victimized kids. One very sad story involves a 13-year-old girl who befriended someone she believed to be a teen boy but was an adult who convinced her to meet him, then kidnapped and killed her.
However, outside of the horrific case stories, the book doesn?t have much to advise us on that we don?t already know by now. The internet provides a fast, hard-to-detect way for predators to chat with teens, making the world more dangerous today. But just as people knew 15 years ago, the best defense is a smart kid, one that knows to never go to meet a stranger, and that an online stranger has no right to ask them such personal questions. They must be knowledgeable when parents aren't there. I've no kids of my own yet I can imagine a parent?s urgency. Unfortunately, I don't think this book can help much.

This is my first review and my 2nd book ive listened to on audible... I’m from Australia and never watched or heard of “to catch a predator” I didn’t have high expectations or any expectations actually and I was more than shocked to hear the content and the stories about kids being targeted to this extent and even kids who have lost their lives because of these sick individuals. I know it is 2018 now but this has opened my eyes and my mind!!!