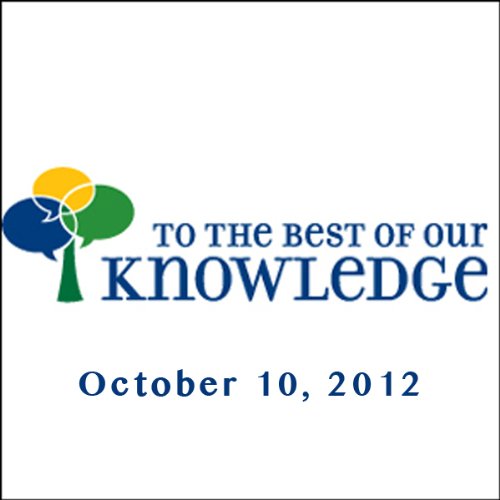 To the Best of Our Knowledge: Deep Blue Sea

In this hour, Ellen Prager wants you to care about the oceans. She’s a writer and former chief scientist of the Aquarius Reef Base, the world’s only undersea research station. Her latest book is called Sex, Drugs, and Sea Slime. At first glance, it might seem like a light-hearted romp through the world of weird and wild sea creatures, but Prager’s fixed her sights on something bigger. She wants to remind people why the oceans are enchanting and why we need to protect them. She told Steve Paulson about a few good reasons we should care.

Then, according to Nathaniel Philbrick, Melville’s classic Moby Dick, will always be worth our time and attention, no matter the age. He makes the case for reading what he calls a kind of "American Bible." Philbrick tells Jim Fleming why Moby Dick still matters.

Next, TTBOOK essayist and producer Veronica Rueckert has had her own close encounter with whales, on a first visit to Sea World in San Diego. For Veronica, laying eyes on an orca was stranger than she’d ever imagined and brougt back childhood memories of the late, great Jacques Cousteau.

After that, if the sea has a voice, how can we learn to hear it? James MacManus chews on that question in his first novel, The Language of the Sea. The book tells the story of a marine biologist who slips away from his old life and takes up residence with a group of seals living in the waters off Cape Cod. He told Anne Strainchamps about his inspiration and main character, a marine biologist named Leo Kemp.

And finally, Diana Reiss is out to save dolphin lives. If animals with developed self .Awareness deserve greater protections, then dolphins should be at the top of the list. Reiss directs the Dolphin Research Program at the National Aquarium in Baltimore and is a professor in the Psychology Department at Hunter College. She writes about her findings on dolphin intelligence in the book Dolphin in the Mirror. She told Steve Paulson that humans and dolphins have more in common than we think. [Broadcast Date: October 10, 2012]