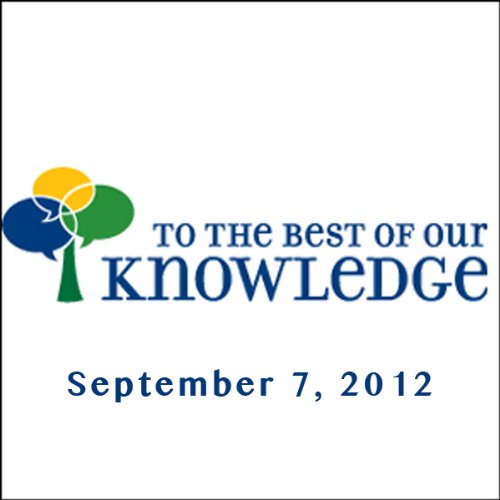 To the Best of Our Knowledge: Questioning Democracy

Democracy is one of those rubbery words. We kind of know what it means. But do we really? It’s voting and elections, but it’s much, much more than that. Democracy has inspired The Velvet Revolution and the Arab Spring. It encouraged the Suffragists and the Civil Rights Movement. It stirred the hearts of men like Thomas Jefferson and John Adams. But it seems in many ways we still don’t know what democracy means. Truly means. This hour, we’re going to explore the meaning of democracy by questioning it.

Parker Palmer has a solution to the problems of today's politics and it’s right in the title of this book Healing the Heart of Democracy: The Courage to Create a Politics Worthy of the Human Spirit.

Then, Italian journalist Riccardo Orizio been interviewing disgraced exiled dictators for years. He put them together in a book called “Talk of the Devil.”

Next, the State Department used jazz musicians as a weapon in the cold war to win hearts and minds in the Third World. Louis Armstrong, Dizzy Gillespie, Duke Ellington, and Dave Brubek were among the so-called "jazz ambassadors".

Finally, when independent radio producer Karen Michel moved from her apartment in Brooklyn out to the country - near the Hudson River - she wanted to know what her new neighbors really cared about. What, for them, it truly meant to live in a democracy where freedom is taken for granted. [Broadcast Date: September 7, 2012]