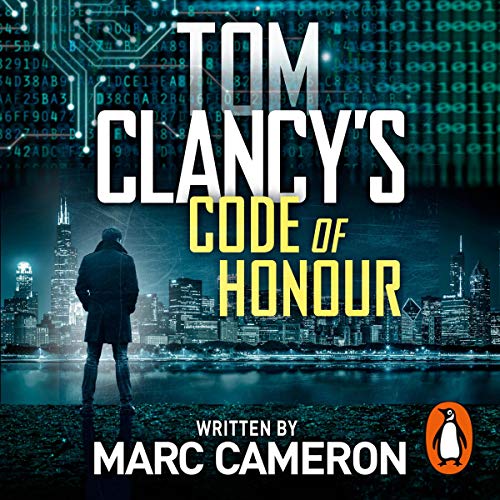 In an off-limits computer lab near Chicago, a mole infiltrates and steals a sophisticated piece of government security software. The implications are devastating - but it's only half the prize.

In Indonesia, an American engineer is seduced into spilling secrets about a cutting edge artificial intelligence chip. The information seems harmless but will wreak havoc the wrong hands.

In the White House, discontent with the President is rising - but could it amount to treason?

As the network of theft and deception grows ever more tangled, a sinister plot is taking shape. President Jack Ryan finds himself in his darkest straits yet, with US communications compromised and a Russian leader who has gone dangerously over the edge....

What listeners say about Tom Clancy's Code of Honour

I have read ir listened to every Clancy/ Ryan book. Following the trend of recent stories. Starts well then ends abruptly missing coninuity and leaping to tie up the story in a few paragraphs. very disappointing. Get a grip. cut the saccharine sweet God Bless America and finish the stories properly.

Always a thrilling story that travels around the world. With twists & turns to keep you enthralled with the book.

The most poor book in all series of all

This book has been relay disappoint me. Story is poor not exited. It is big difference between this story and other in series.

I really enjoyed listening to this audio book. There was so many times where I just had kept on listening because I couldn’t wait to hear what was going to happen next in the story line.