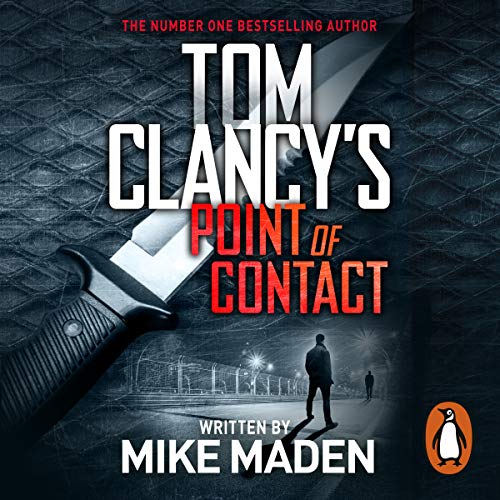 After a freezing mission in the North Sea which nearly costs lives - including his own - US Campus agent Jack Ryan Jr is taken off black ops.

Ordered onto routine surveillance, he is sent to Singapore to check out a company with US interests. Soon enough, however, he finds the task anything but routine.

It's clear there's a mole who must be uncovered - and quickly. As the mole attempts to cover their tracks, Jack finds himself dodging a team of highly trained killers as a tropical storm rolls in.

What are the assassins trying to hide? And can Jack survive long enough to stop them?

"Exhilarating. No other novelist is giving so full a picture of modern conflict." (Sunday Times)

What listeners say about Tom Clancy's Point of Contact

Last year was issued as https://www.audible.co.uk/pd/Tom-Clancy-Point-of-Contact-Audiobook/B06XP2LJ69
Same length on this version so should still state Unabridged.

Mike Madden follows the great tradition of Tom Clancy's novels. A thriller you want to keep listening until the very end.
A great novel that's 5* plus. don't miss this or the rest of the series.

loved this book well written and well presented.the narration was compelling and I was hooked from the get go.

another great from Tom Clancy

never disappoints, always gripping, long may he reign and continue to grip all with his thrillers lol

Was ok but not the normal high Clancy standards

I have enjoyed the Jack Ryan junior series but I felt this was enjoyable, a little below par.
I felt it just want too far on the narrowly avoiding death parts at times and the plot wasn't quite as good building suspense.

I get the Impression thar the author is paid by the number of words. round the