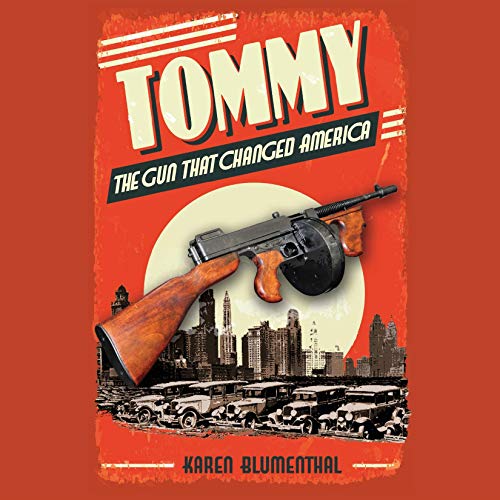 The fascinating and topical nonfiction story of how one gun changed American courtrooms, streets, and homes, told for a YA audience by award-winning author Karen Blumenthal

John Taliaferro Thompson had a mission: to develop a lightweight, fast-firing weapon that would help Americans win on the battlefield. His Thompson submachine gun could deliver 100 bullets in a matter of seconds - but didn't find a market in the US military. Instead, the Tommy gun became the weapon of choice for a generation of bootleggers and bank-robbing outlaws, and became a deadly American icon. Following a bloody decade - and 80 years before the mass shootings of our own time - Congress moved to take this weapon off the streets, igniting a national debate about gun control.

Critically acclaimed author Karen Blumenthal, author of Bootleg: Murder, Moonshine, and the Lawless Years of Prohibition, Hillary Rodham Clinton: A Woman Living History, and Six Days in October: The Stock Market Crash of 1929, reveals the fascinating story of this famous and deadly weapon - of the lives it changed, the debate it sparked, and the unprecedented response it inspired in Tommy: The Gun That Changed America.

Praise for Tommy: The Gun That Changed America:

"Blumenthal’s fascinating biography of the weapon is most dramatic in its chapters on the famous gangsters.... A gripping look at guns, gangsters, and finding the ‘right balance between individual freedoms and community safety.'" (Kirkus Reviews, starred review)

What listeners say about Tommy